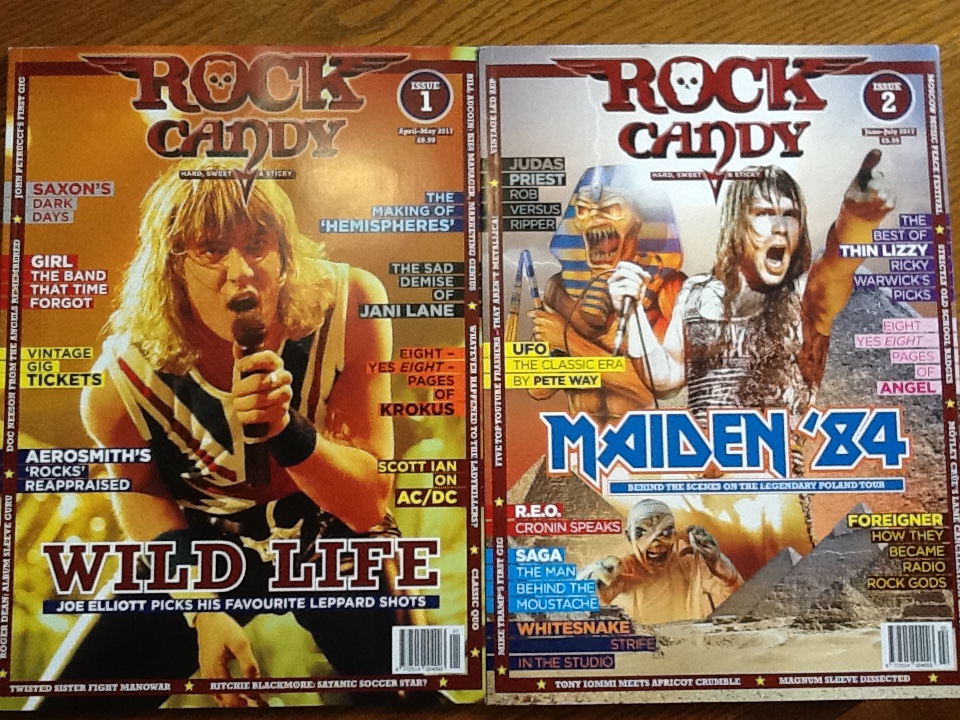 Rock Candy Magazine is a new hard rock magazine that has only three  issues out and what a bunch of action packed pages these three magazines are filled with.

Rock Candy comes from England and features all of those classic Kerrang writers from the early to late 80’s.

Derek Oliver/Malcolm Dome/Paul Suter/Howard Johnson just to name a few are all here in their writing glory. These Kerrang dude’s knew how to write articles back in the day as they would report the facts but also add a great sense of humour as well which was missing in all the American Mags I bought decades ago perhaps except for Creem.

To be perfectly honest over the years the purchase of Magazines kinda of ceased in my world until (out of England featuring some other Kerrang writers) Classic Rock Magazine showed up I would say back in 2007 or 2008 at our local Bookstore.

I was hooked back than but it was pricey every month and for the first 7-8 years I wouldn’t skip an issue and at one point I even subscribed to receive the mag via a paid mail subscription through some distributor in the States and that was real pricey, Once I was done with reading an issue I would pass it on to Tbone.

Than when iPods came out and offered magazines and once my subscription for the printed version finished I paid for the digital subscription via Apple and it was way cheaper and I admit I was buzzed on the fact that I could just read it all on my iPad for a fraction of the printed copy.

Funny thing though just over 2 years ago I got bored with Classic Rock Magazine. For some reason I lost interest. Got tired for instance in that I would buy and read the Joe Perry book and the next issue of Classic Rock  would  have an a 8 page excerpt from  Perry’s book. Also seemed like every month it was the same ol same ol…

The last digital version of Classic Rock I paid for was back in Sept 2015 when Iron Maiden were on the cover plugging Book of Souls. 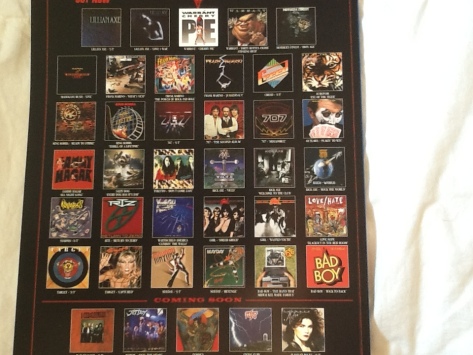 This past spring when out on Facebook was Rock Candy (Who also remaster and reissue a ton of 70’s/80’s cd’s. Acts like Dokken/Hanoi Rocks/Alannah Myles/Warrant/ Tbone endorsed Bad English and my fav-o Nuck Homeboys Coney Hatch) advertising that they were doing their own magazine. 6 issue’s a year… 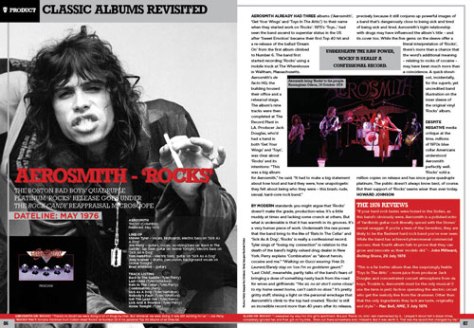 I was hooked! But like a ding-dong I waited and once Issue 2 came out with the whole 1984 throwback Bruce Dickinson cover (of course seeing Maiden recently helps the cause) with the Egyptian Powerslave on the cover which by the way was done brilliantly and very creatively I might add. It was time than to take the plunge.

Issue 2 is wickedly good as well. Maiden is written and documented here on their World Slavery Tour from 1984 when they hit Poland for the first time. Excellent writeups on UFO and  Foreigner and an updated brilliant New interview with John Sykes who gives us the details on how and who know’s why the whole Whitesnake 87 band was fired. It’s truly a fascinating read/interview! 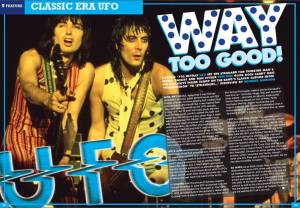 Issue 3 was just released and features Ze Scorpions on the cover with articles on Accept/Humble Pie/Dennis DeYoung/Manowar and most importantly 12 pages of Canadian Rock called Maple Mayhem. Writer Paul Suter did his homework on the Canadian Metal Scene…

The cool thing is the articles are written with the 80’s in mind but with current interviews added to aid the story.

Rock Candy’s deal is simple! When you purchase an issue or subscribe online and once payment has been made  you receive an automatic digital download of the magazine right away.

This magazine is not available in the stores. 100 pages(printed on real paper) of great articles with a lot of snippets of old Kerrang articles attached to new articles as well.

As well the mailed printed copy is sent. I can attest to the fact that my two magazines to reach Thunder Bay from England only took 6 Business Days to get here. That was fast…. (by the way I’m subscribing!)

If you’re looking for a great look back of Hard Rock from Yesteryear check out Rock Candy! Printed editions are indeed the way to go!

Totally Worth The Dough….. 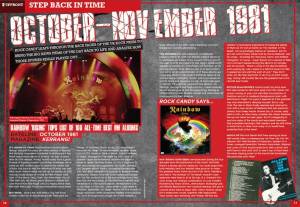