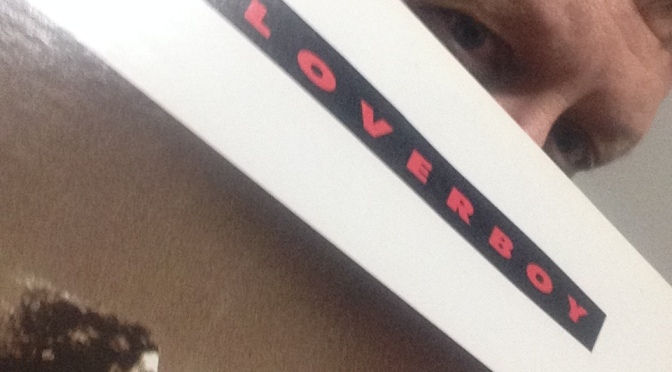 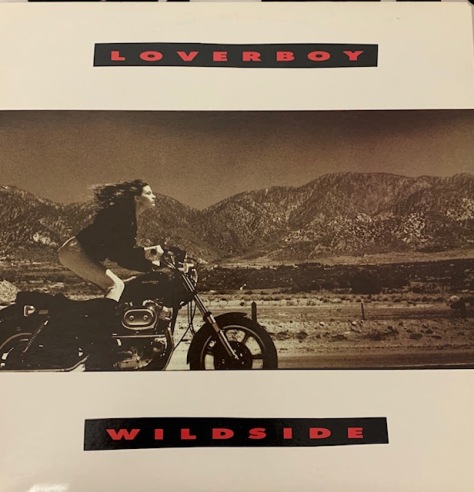 Ok..time for a story Folk’s!

Let’s rewind back to 1987 when the big sellers that year in hard rock had to be Bon Jovi and Whitesnake! Like I’m talking big time millions upon millions sold albums!

Lot’s of other bands were going Platinum and Double Platinum but Jovi and DavidSnake were on a whole other level in regards to sales! Def Leppard if you’re wondering and Guns N Roses really lifted off with there 1987 releases with sales in 1988 so….

Yeah those guys that to me had some good rock tunes but also pushed  out some ballad like mush which as a teenager back in the mid 80’s just didn’t do it for me. Why? I have no idea but I never bought any Loverboy. Nothing personal guys just  wasn’t feeling it!

My best friend Tbone was feeling it though! Ha.. I personally thought he was off his rocker for purchasing  Loverboy’s 87 release Wildside.

Tbone took a walk on the Wildside with this purchase as he could have faced major scrutiny like he did for purchasing the Y&T debacle known as Down For The Count in 1985!

But here’s my pal in 1987 willing to take another gamble!

We were both turning 20 years young back in 1987 and Tbone was up for that challenge when I seen amongst his tapes Loverboy’s Wildside which I seen sticking out like a sore thumb as Tbone had all his cassette tapes in a holder placed on the right side of his bed nailed to the wall. A-Z as the tapes were all in alphabetical order and under “L” is….

dEKe- “Whoah! Loverboy?? Man when did you get this?”

Tbone- “The other day”

(Tbone at the time probably felt he was looking down at the barrel of a gun with what his next answer would be..)

That answer by my best friend currently of 44 years saved himself as if he was on Jeopardy he would have won the Daily Double with Notorious being the correct answer….

Ah…Notorious the leadoff track which is oh so good and of course it being 1987  Loverdude’s Paul Dean and Mike Reno hooked up with Jon Bon Jovi and Richie Sambora who knew a thing or two at the time about a catchy chorus and combining there writing talents  they  slam a winner right off the hop with Notorious! So good  as I had seen the video on MuchMusic  so I liked the song..

‘Your Na Na Na Na Na Na Na Notorious!‘ sings Reno while the LoverDudes behind him shuffle that catchy hard rock groove 87 style! Give Loverboy credit as they even have harmonica on the track!

Back in the time zone of 87 Wildside also enlisted the late great Bruce Fairbairn to produce along with Bob Rock to mix the album. The same team that produced the self titled debut 7 years earlier in 1980!

Fast Forward to the present….May 2019 to be exact!

I was vinyl hunting yesterday afternoon (along with my daughter Lexie) after work and in the bins at MoonMoney Exchange  was Notorious for $5! Hell I know for a fact that Tbone did not pay 5 bucks for this back upon its release on Cassette Tape! He paid I betcha 3 times more for it back than!

Still though I was intrigued and decided what the hell.  Better yet look at the back cover! 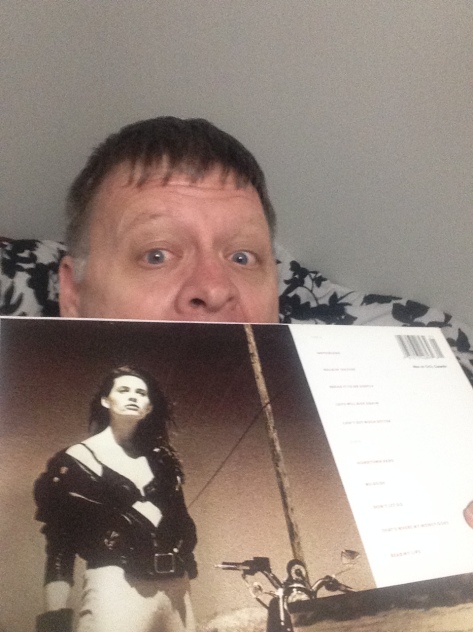 Ha! No wonder Tbone bought this! 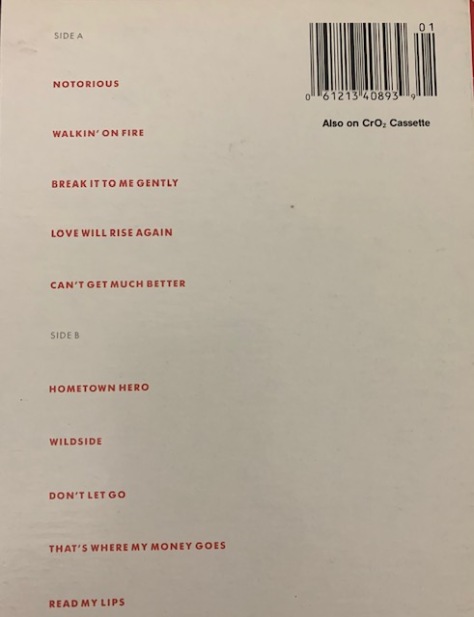 After Notorious sets the table with a real decent slab of Hard Rock second track in Walkin On Fire features more harmonica! Whut? Another sure-fire winner here as this song has no Loverboy dudes having a hand writing  it but Taylor Rhodes the song doctor who also co wrote some tracks on the not so bad Contagious album by Y&T (yeah them again) in 87 has four co writes on Wildside! Pretty good work here Mr Rhodes!

As the album goes from track to track I’m waiting just waiting for the ballad to rear its ugly sappy head…..

Give Loverboy credit man. They avoided what everyone was doing in 87-88 in regards to the ballad! A total by-pass by these guys on this  release with zero/zippo ballads!

Here I am in 2019 in total disbelief that Reno/Dean and Crew did not follow the company line that so many acts did!

The closet thing that comes to that kinda action but doesn’t thanks to Matt Frenette’s drums is Love Will Rise Again which is a brilliant crafted song once again written without any input of the Loverboy’s but with Rhodes at the helm with another brilliant song on this album!

Actually 3 songs  on this album  are written without Loverboys touch. Hometown Hero which leads the charge on Side 2 with another Rhodes  co- write along with  Bryan Adams contributing to  the song as well!

Amazing. The other tracks are songs that have involvement with  Paul Dean and Mike Reno either together or separately but they must have hit the creative wall hard and needed some help. Not sure but man whatever the deal was they put together a decent album…

Even the production angle is well done not that I need to tell you all that as Bruce Fairbairn knew the art of making albums sound HUGE along with Bob Rock! Deans guitar is upfront on many tracks while the keyboards are mixed below it by a notch which was brilliant to my ears but I’m not so sure with keyboardist Doug Johnson who split I believe after this album when the sales didn’t do it and I’m sure the finger-pointing started!

The album went Gold in 87. So after a string of multiple Double Platinum releases Loverboy grounded to a halt. They themselves must have been puzzled. They line up two of the biggest producers at the time(Bruce and Bob). Three of the biggest rock guys at the time(Adams/Sambora/Jovi) and still not to many takers.

Like I sometimes say. Finicky  musical market at times….

I can tell you know that this is one of those fly under the radar releases that you may scoff at it(I did for 31 years!) but it’s a well crafted slice of Hard Rock and I will add the Bass work of the late Scott Smith is phenomenal. Scott rips around on that Bass like a Boss not following the guitar but grooving all over the musical map which is a mindblower in itself!

Amazing album folks one that will see a few more spins that’s for sure and why not take a walk in the Wildside! I did even if it took me three decades to find what the Wildside Loverboy was about…

Well played Tbone…you won this round! 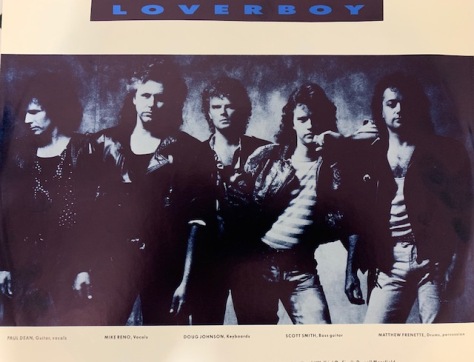