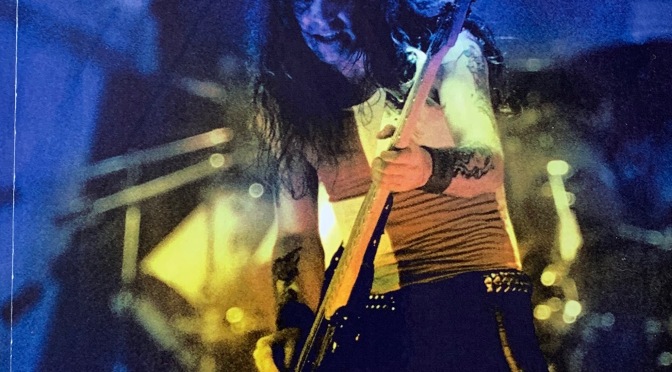 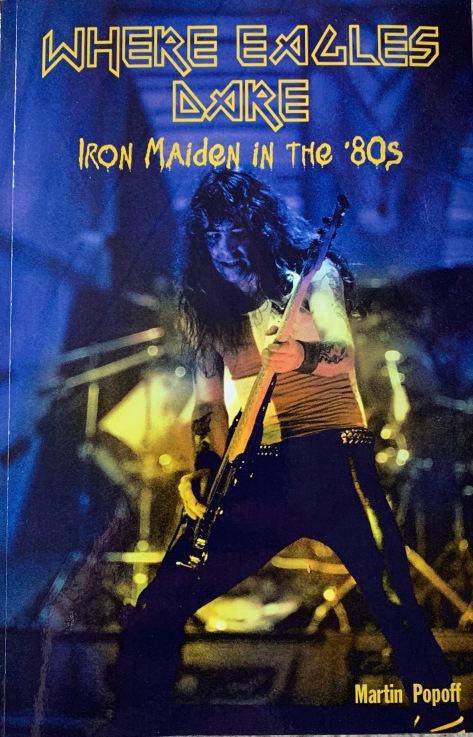 Martin Popoff has once again delivered to the masses another excellent book stuffed on all things, Iron Maiden!

288 pages that basically features the whole Maiden era from 1980 to 1988. Here in Canada, these were Maiden’s heyday years in the Great White North. Each album from the self-titled in 1980 through to 1988’s Seventh Son of a Seventh Son attained  Double Platinum status in sales with 1982’s The Number of the Beast achieving Triple Platinum in Canada!

Martin does his homework with each book that I have purchased off of him throughout the years. I believe I own about 12 Popoff books written. (Martin has done about 85 books!)

I have said in my other Popoff book reviews that if the bands themselves aren’t putting these out themselves this is the closet thing to an actual biography as Martin has interviewed all the parties involved!

Every Maiden album released in the 1980s is featured with its own chapter with a song by song breakdown of each tune with Popoff spinning his own thoughts on each track.  Martin dives into these albums and even he admits in the book that he had found a new appreciation of 1986s  Somewhere in Time!

That’s ok, Martin. It took me about 33 years to really appreciate Alexender The Great as well from that album!

Not only are the 80’s featured but Martin goes on in great detail about the various Maiden Lineup Changes pre 1980 which segues right into the whole 80s period!

The book also features some great live Maiden pics from Martin himself. Some great photos from there 1981 Killers Tour from Toronto as well as some other great shots of Maiden throughout the decade! Amazing shots that Martin took of Maiden back in 1984! All in color, as well! 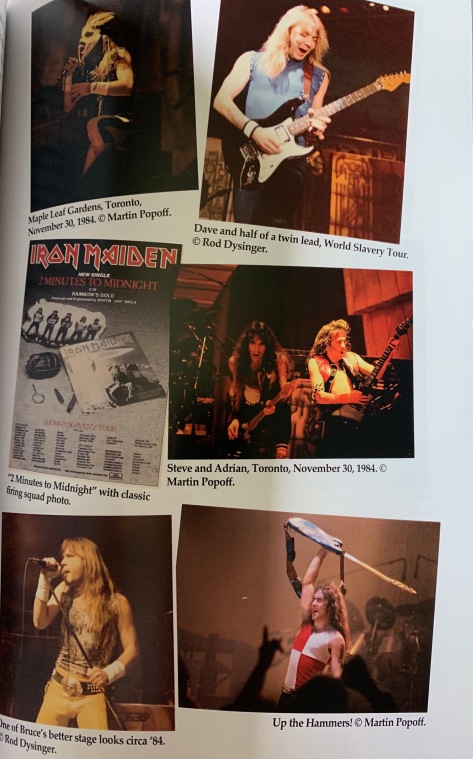 The cool thing about Martins book is that you can be the biggest fan of that band that Martins writes about but still find out some interesting tidbits about that specific band and in this case, it’s Maiden that I even didn’t know!

I can probably spill the beans in case your wondering that Mr. Popoff will indeed write another Maiden book chronicling the 90’s decade and I think a third Maiden book for everything after the 90s!

If your a Maiden fanatic(like me) this book is worth the money as I love Martins way of writing which is like if he was in front of you and you were both shooting the shit about Metal in general over some suds!

But if you are just getting into Maiden, this is a great book to get caught up on on the timelines of Maidens career!

Support Independent Authors like Martin! Tell him deKe’s sent ya!