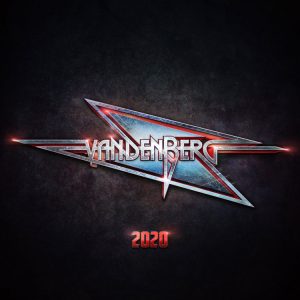 It’s funny but when a band tends to reactivate after let’s say 35 years, I’m usually not interested in it at all especially when all of the original guys have been replaced except for one remaining member.

Earlier this year I read that Adrian Vandenberg had indeed reactivated his old band, Vandenberg. I was a little curious as the self-titled debut Vandenberg album from 1982 was in my world an Impact Album.

If you dig around this site I have reviewed all three of their outputs from the 82-85 (Vandenberg/Heading For A Storm/Alibi) era of the band.

As rock fans, we know that Adrian disbanded Vandenberg by 86 and in 87 joined Whitesnake where he lasted for a ton of years. Vandenberg then joined a band called Manic Eden(which I never heard but I here its a good rock record) and then a few years back he put together a band called Vandenbergs Moonkingss. I guess his former band members from the 80s had put a roadblock up allowing Adrian not to use his own last name.

I bought the first Moonkings album. Not bad mind you but it quickly slipped off the radar.

Course with the recent Whitesnake reissue of Slip of the Tongue I finally got to hear how those songs were to be heard in demo form by Adrian himself which quite frankly I prefer to the actual finished product that Steve Vai did. Not knocking Vai folk’s, it’s too much spanking the wang bar on that record for me.

So a few months back Adrian announced that indeed a new version with his own last name being used was back. I was intrigued but skeptical for two reasons.

1- Just Adrian remains. The other three guys that made Vandenberg from the 80s are nowhere in sight.

2-Vandenberg released a remake of “Burnin Heart” the big power ballad hit from the debut that made a dent on the North American charts back in 1982.

Releasing a ballad to let the world know your back in 2020 and it being a rerelease was not what I wanted to hear.

So I politely declined Vandenberg’s invitation and saved my $1.29 from iTunes.

Friday, May 29th, 2020 comes around and what a release day. One of the best Rock release Fridays in a long time. Def Leppard not with one but two live albums (Hysteria Live In London and Vegas live) and RUSH with the 40th Anniversary of Permanent Waves.

I purchased all three from iTunes.  Another release came out as well on the 29th of May was the 2020 album from Vandenberg.

But as I do, I read blogs that my pals write, and Pete from Australia who writes the excellent blog Destroyer of Harmony was praising the Vandenberg album.

Hmm, I thought after reading Pete’s thoughts on it. Maybe I was a little harsh on the whole redo of Burning Heart.

So I took the plunge on Pete’s advice and…

The most solid consistent album from start to finish I have heard in a long time.

Adrian hired Ronnie Romero. Who is he you ask? Well, Ronnie was handpicked by Richie Blackmore a few years back to from the reformed Rainbow. By all accounts, it was a success. Kudos to Bob Marlette who produced a crisp and clean album that can be cranked up. Props to Rudy Sarzo and Brian Tichey who contributed Bass and Drums on the studio album but the touring band will feature Bassist RandyVan Der Elsen and  Drummer Koen Herfst.

Opener Shadows of the Night kicks off and once Ronnie starts singing within 20 seconds he has that Dio like vibe in his voice and this song is a great little ass-kicker to get the album moving. Shadows of the Night could have really slid onto Dio’s Holy Diver. It’s that good of an opening track!

It’s the second tune that being Freight Train that things really get into gear.  Freight Train has those great hard rock qualities. Big Drums, Big Riffs, Big Voice it’s all Big on this one.

Crank the cool looking video below.

This album keeps going in the rock vein as Adrian knows the deal. No deviation just one rocker after another. Even the mid-tempo Let It Rain has enough juice to keep it from wimping out.

Another newbie track  ShitStorm carries on the fine tradition of having ‘Shit’ in the title just like Wait (Til The Shit Hits The Fan) from the 82 debut.

Light Up The Sky builds up after the drums kick it off. A great fast rocker with a real catchy chorus.

Now what all you have been waiting for. My thoughts on  Burning Heart.

The remake. The redo. The verdict?

It’s good to hear it updated. Adrian crafted the perfect ballad back then and now with the classical and electric guitar forming the basis of the track. Is it better than the original from 82? In some ways yes from a production standpoint but musically and vocally comparing original singer Bert Herrink and new guy Ronnie I would put it at a tie!

Skyfall ends the album and I dig how this song starts one way and builds up right into the chorus. Adrian as he does all over this record lays down a brilliant solo.

Dude is on fire and out to prove!

Holy Shit Folks.  I did not see this one coming and I’m glad I did take the plunge and pick up 2020.  This is a throwback listen in some ways as the choruses are catchy as hell and the playing by all the fella’s involved is stellar. This album is right from the Melodic Hard Rock ’80s Playbook a book that Mr. Vandeneberg knows a thing or two about!

Folks if you don’t believe me here’s what my good pal Darr said about the 2020 album..

“Listened to the Vandenberg album over the past two evenings. Really solid rock album. A lot of great guitar riffs on it.”

Darr summed it up in one sentence in what took me 1000 words to say! lol