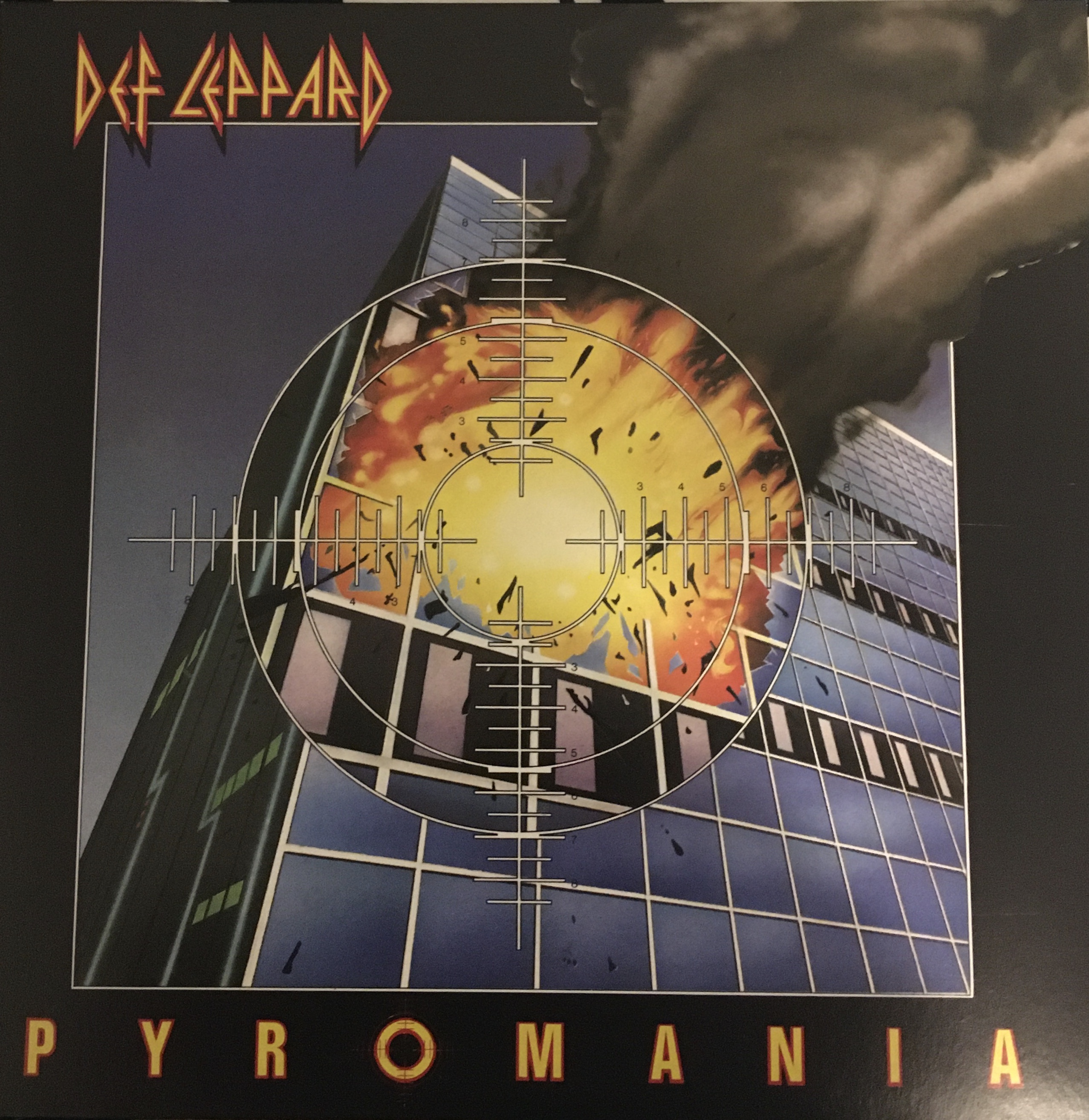 How about a back to back Summertime Spin feature on Def Leppard!

Pyromania was released in January 83 and my buddy Muk pretty much bought it the day it came out and one of the first things he did for me was tape me a copy of Pyromania on cassette.

Muk was awesome that way as if he got something I didn’t have he would tape it for me so I always listening to what he was listening to which in back in those days was some excellent music and Pyromania was one of them. ^

I have always loved this cover it basically sets the bar for what you are about to hear which is some Loud Arson like Rock!

Like Hysteria from last week, I really don’t need to review Pyromania as it been reviewed a zillion times but I would just like to tell you what made Pyromania a go-to album back in the summer of 83.

At that point, as summer came, I still had the cassette of Pyromania that Muk had taped for me.

As it was growing up in Thunder Bay back then my Father would take two weeks of holidays and we would load up our car and tent trailer and head usually out to Western Canada (Winnipeg) or sometimes into the United States (Minnesota).

This trip I remember it was to Minneapolis and we set up shop just outside of Minny at a K.O.A campground.

With any trip, there would always be a day or two where we would hit the city whether it was to a Zoo or a Mall or even a Movie Theater at times to see a movie to get some air conditioning as Minneapolis could get pretty muggy in the summer.

With a trip planned to the mall, it was a no brainer for me to hit whatever record stores were there.  It was either Music Stores or Book Stores for Rock Mags!

One of my purchases was to buy my own copy of Pyromania but of course, it was too on cassette tape. The main reason I bought it on tape was there was really no packaging whatsoever. It was front cover and back cover, Nothing on the inside sleeve.

That is one reason why I always bought Iron Maiden on vinyl back in the 80s as they did packaging (lyrics, pics) the whole nine yards and of course EDDIE!

Another reason was when we were having a campfire at the KOA on the local radio Rock of Ages was played which blew my little mind as local crap radio in Thunder Bay never touched rock!

I was sold. I needed to own it!

Pyromania even though I had already been listening to it for 6 months was still a great listen even still is to this day it’s a great listen. No skipping tracks…

Leppard went all out on the Pyro record.

Opener Rock Rock Til You Drop has the band firing on all cylinders where Joe Elliot sounds like Brian Johnson of AC/DC.

10 Songs! All classics. Sure there are the hits (Photograph, Rock of Ages, Foolin and Too Late For Love) but there are some downright stellar classics that weren’t singles (Billy’s Got A Gun, Die Hard The Hunter and one of the best tracks by Leppard Comin Under Fire!)

All in all, Pyromania is simply put Brilliant. In other words, at certain times it may just be my favorite Leppard album depending on the day of the week.

Once CDs took over my world in the late 80s Pyromania was a for sure purchase on a disc.

Like last week’s post on getting Hysteria in the VOL 1 Boxset on record, I finally got Pyromania on VINYL!

^-Muk was I’m sure the first person in Tbay to own a Def Lep tour shirt back in 81 from the  High N Dry Tour. Muk’s older sister’s boyfriend was attending College in Boston and seen Leppard open for Blackfoot. It’s safe to say we wanted to hurt Muk when we saw him stroll into our High School sporting that 3/4 length Tour T! lol

^^-Once I typed the Summer of 83 lines it triggered me to the  Frehley’s Comet song Rock Soldier! I can’t help it!