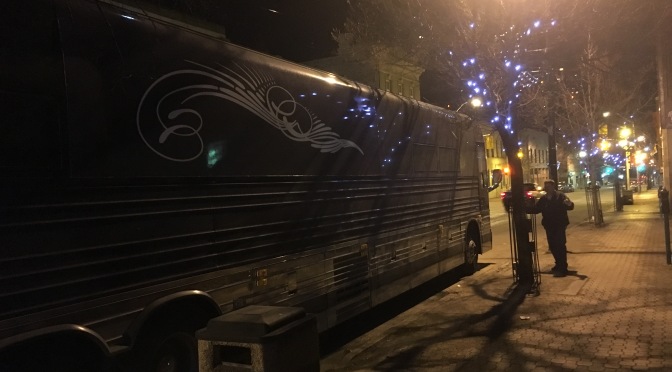 Have you checked out the great film about Crocks titled Five Bucks At The Door yet?

If not you have until September 20th to do so as it’s FREE! What are you waiting for? Click the link below…

I thought it would be cool to do a list of my all-time favorite shows that Frank Loffredo has brought to Crocks over the last 33 years! I have to add that Frank always tried to keep the ticket price low as well if they were weeknight shows they would be over by 11:30 pm at the latest for us working folk who have 5am wakeup call’s.

10-Monster Truck- July 2019 is when the Truck brought their Hammond fused hard rock to Crocks. Great show and considering it was on a long weekend people still showed up! 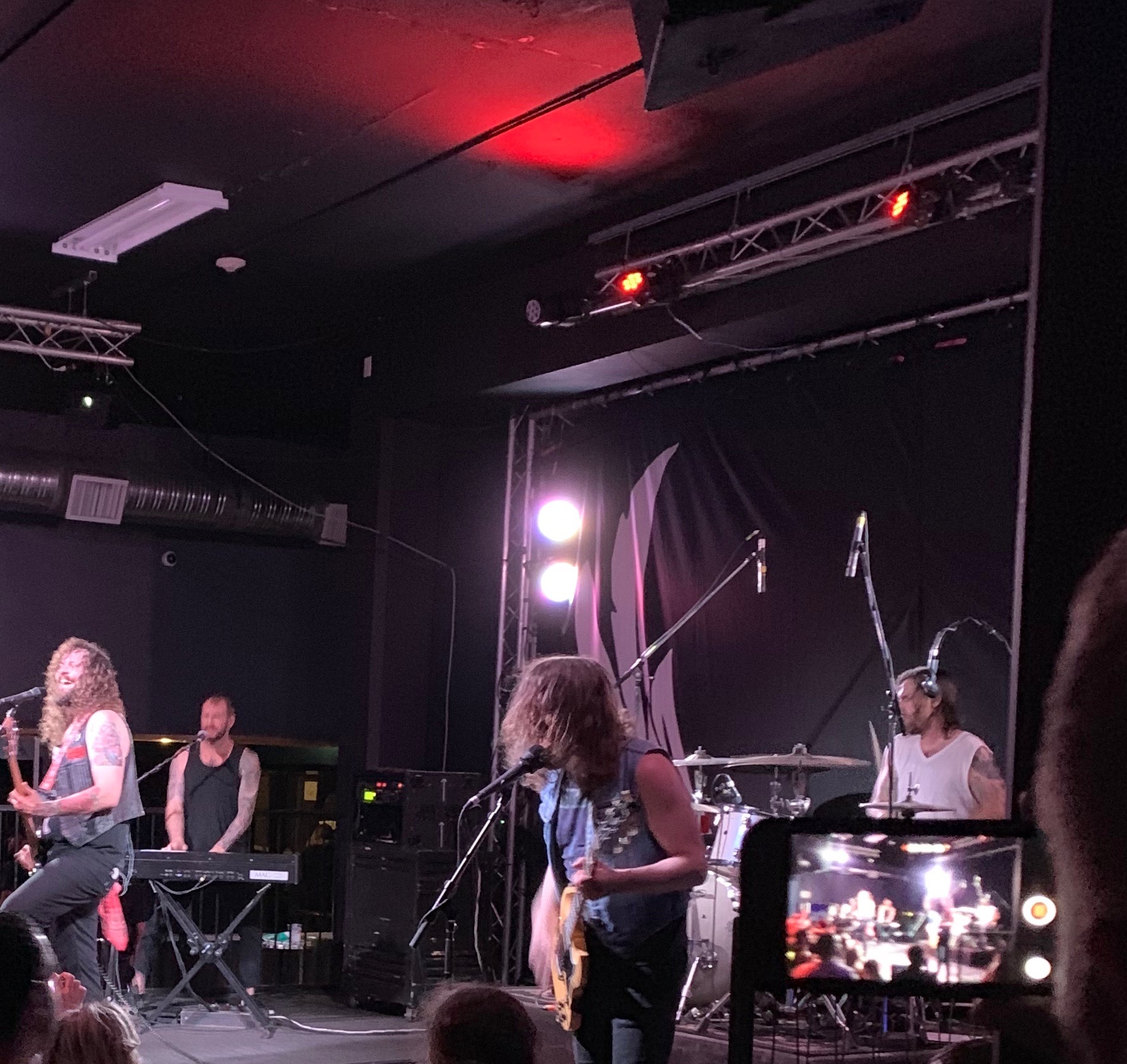 9- Age of Electric-April 2017 is when the Kern Brothers along with the Dahle brothers showed up and played the hits and put on an energetic show as Thunder Bay was asleep as many missed a great set. Plus the fact that they didn’t charge for a meet and greet says something about them. ie not greedy! 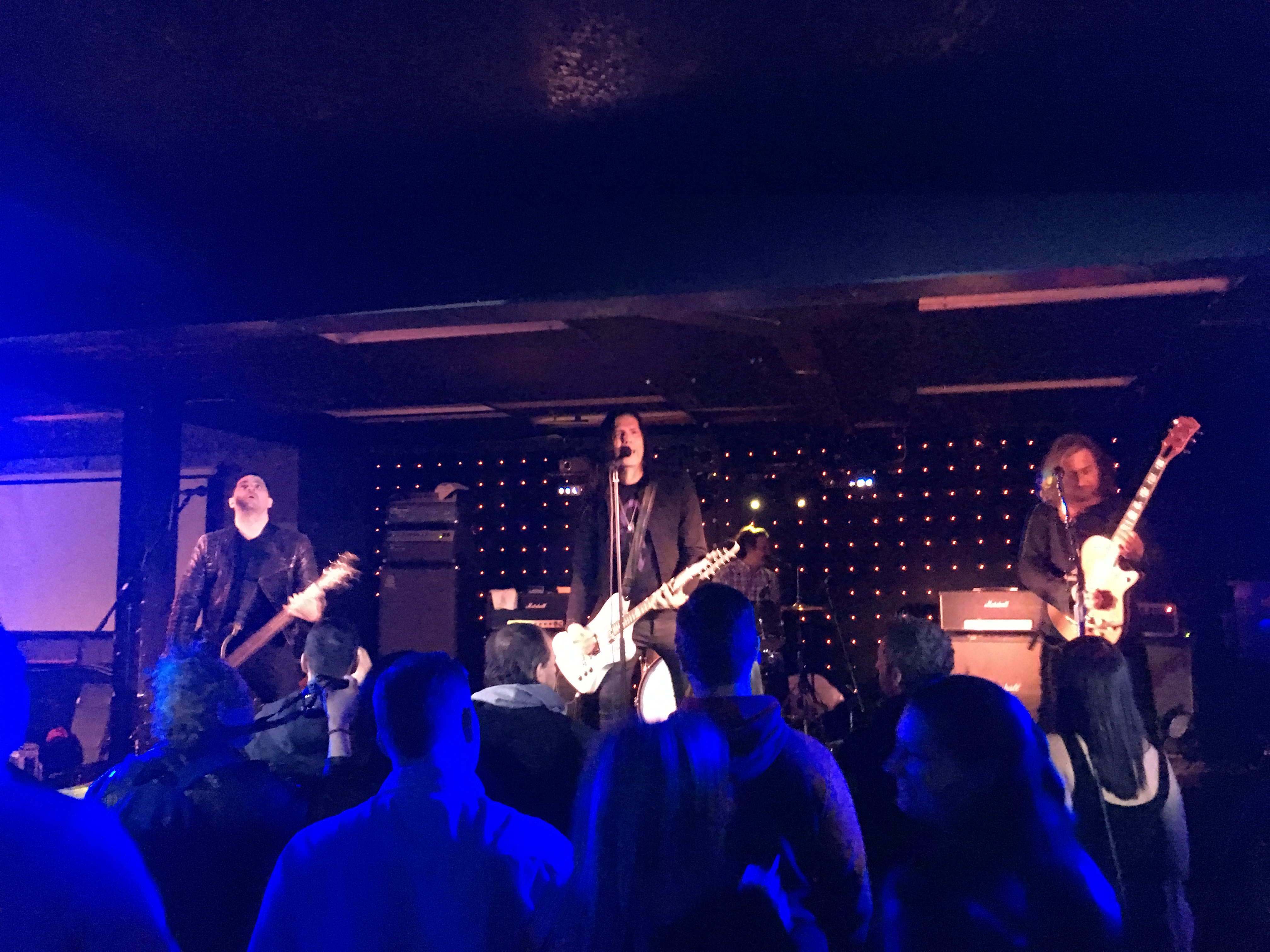 8- David Gogo- We were waiting for this show as me and Tbone had been spinning the self-titled Gogo CD for a few months already so it came to no one’s surprise that when Gogo showed up in August 1994 he blew our socks off as the Gogo power trio delivered a stunning set of hard blues-rock. David inner channeled SRV during his two sets! Met him as well as he was one cool fella, super chill and David could sure play a mean pinball as me and Tbone grilled him with questions while he sizzled that pinball machine in Crocks. 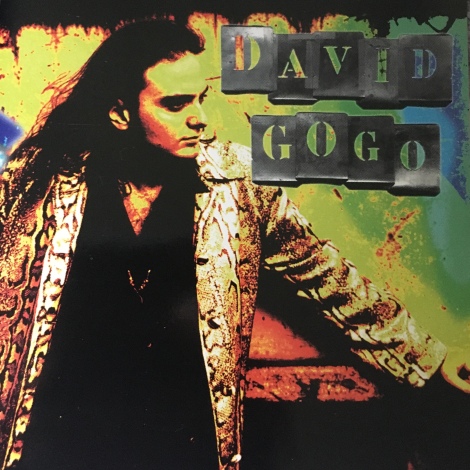 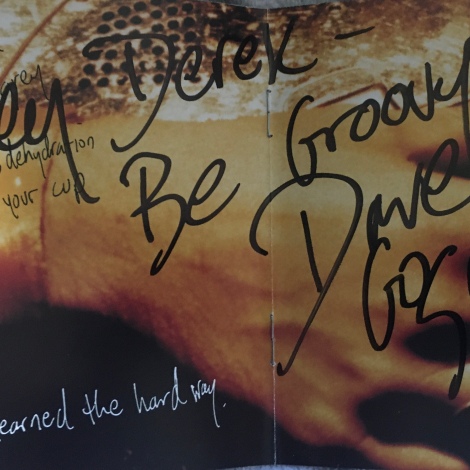 7-The Headstones-Hugh Dillion and his posse of rock fellows were riding the platinum wave of there recent release  Teeth And Tissue back in 1995 with the single Unsound getting traction at MuchMusic as well. It was one packed out show as Hugh owned that stage as he sang, smoked, and cussed his way through the two albums they had out at the time. Good times back in good old 95! 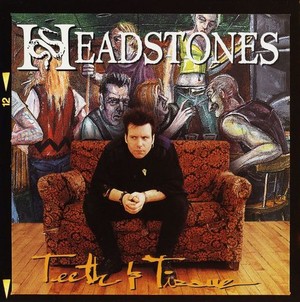 6-John5/Jared James Nichols- What do you get your best friend of 45 years for his Birthday? A ticket to a rock show that’s what you get. So a few weeks shortly after Tbone’s birthday in March 2019, John5 and JJN’s rolled into Tbay and blew our minds. JJN’s played like his life depended on it as this power trio blew away the crowd that night. (met the band afterward and were super cool) In all my years of live shows, I have never seen a guitar only (no vocal) display of craziness than what John5 did that night on the stage at Crocks. John5 was awesome. Showed up with a full stage set of props and gear and if I played guitar I would have gone home and tossed my 6 string in the trash! John5 is that GREAT!

5- One of those bucket list bands I always wanted to see was Teenage Head which Frank brought to town in June 2019. Considering I got my first album by these guys in 1982 it was so good to see them live as I only had been waiting 37 years!. They came on stage at 12 midnight sharp on a Friday night and played there Power Punk Pop Rock over 90 minutes. Legends! 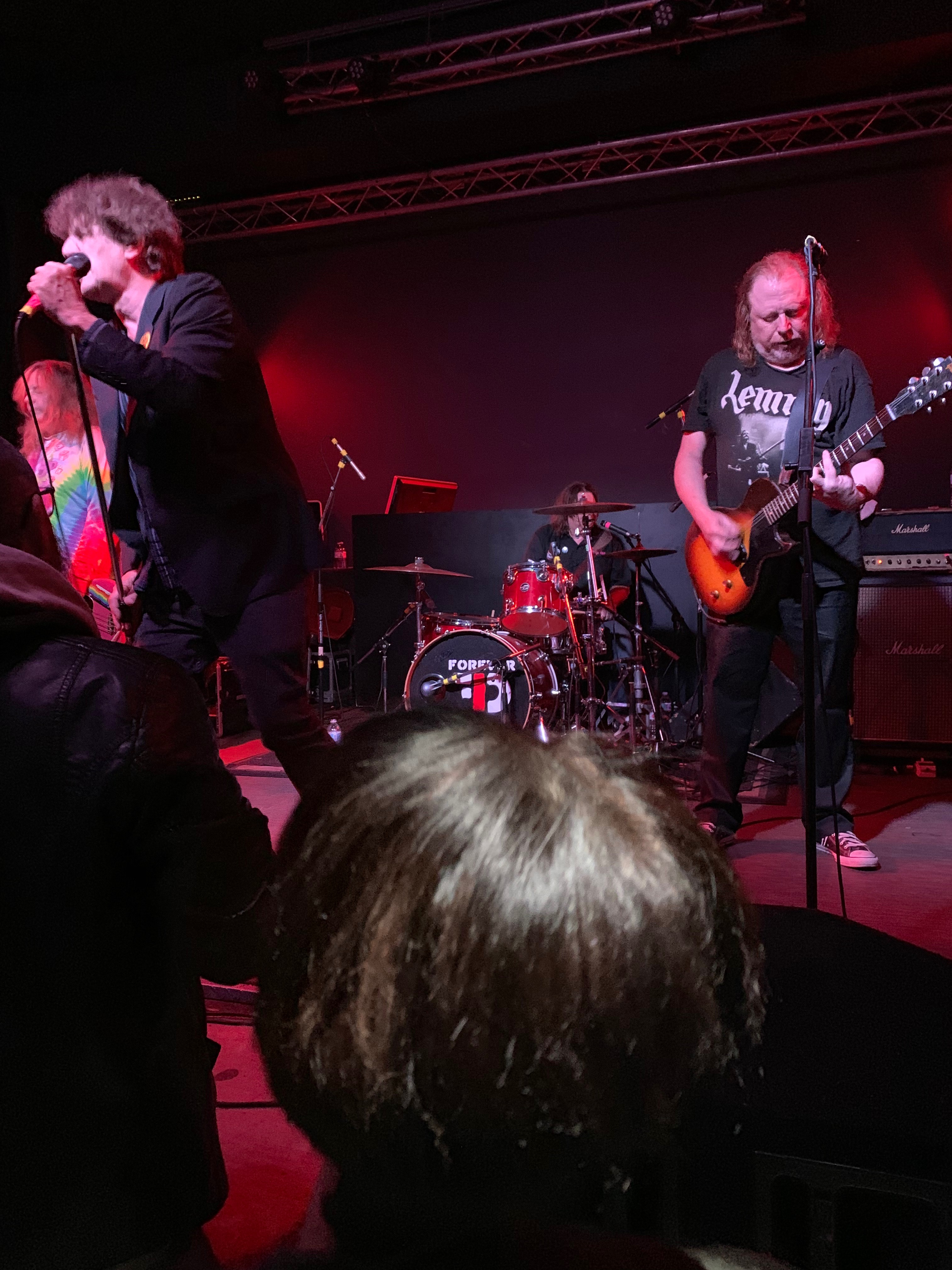 4-I Mother Earth/Finger 11- I Mother Earth and Finger 11 were doing a cross Canadian Tour back in 2018. The show started at 7 pm as both acts sat on stage and played acoustic covers for about an hour. Finger 11 came on and played a full set electrically and right after I Mother Earth played a full electrical set. For the encore, both bands jammed covers but with the guitars and amps cranked! Tickets were 50 bucks for this show but it was a 5-hour marathon of Rock. What a night and the venue was packed out!

3- I’ve been lucky to have caught the last 3 tours(2016,2018 and 2019) that Sloan has brought to Crocks. All three have been killer shows but I would have to say the October 2019 show of Sloan was my favorite. Sloan was playing the 20th Anniversary of the fantastic Navy Blues albums front to back and Sloan did not disappoint! The first set was Navy Blues and the second set was the ‘Hits’ played! Plus with Sloan concerts, the guys always make themselves available after the show. Chris Murphy (vocals, bass) came out and we chatted plus as an added bonus Tbone for my Birthday bought me at the show the Navy Blues vinyl box set at the show! 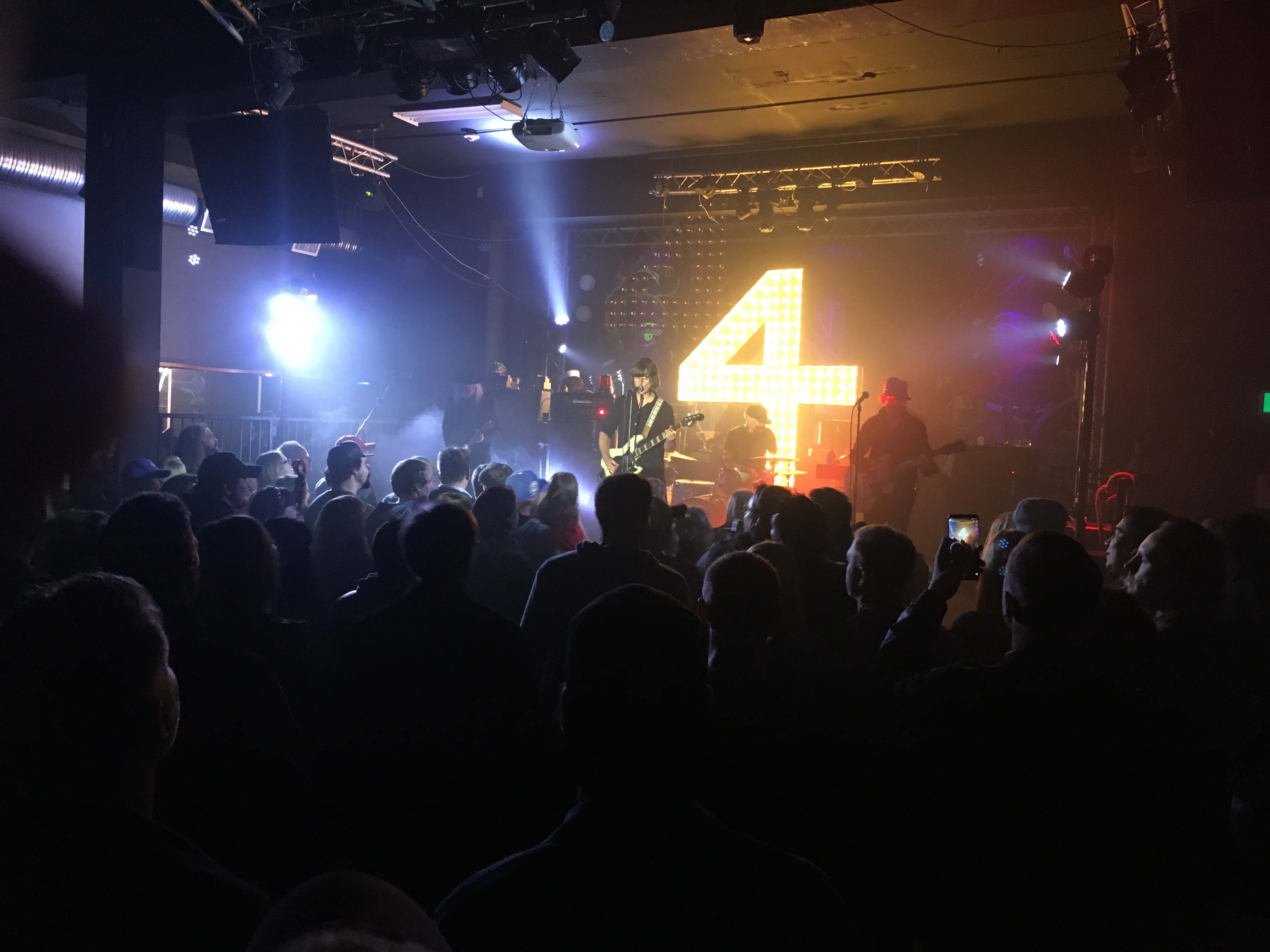 2- Ok so this show wasn’t at Crocks but Frank promoted it so it counts as Frank brought the mighty Kings X to Thunder Bay in 2006! Unbelievable that Mr. Loffredo could bring a caliber act like Kings X to this city and only 75 people showed up!  This town sucks at times and this was a sucking moment BIG TIME. None the less Dug/Ty and Jerry took that stage and owned it. So good to get my ears blown out by Dug on the tune Dogman! Met the band after and what a great bunch of guys! 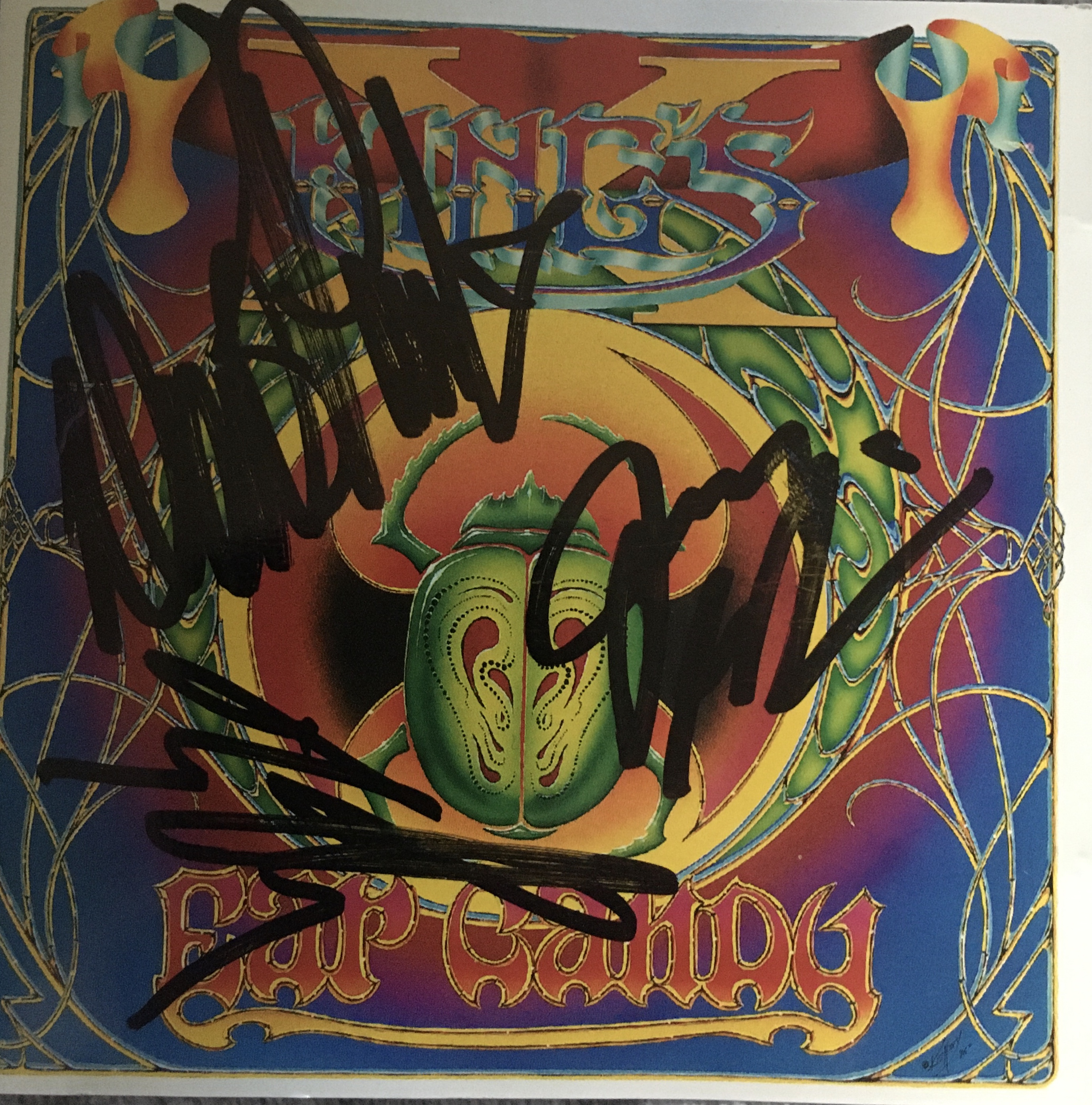 1-Back in the winter of 87 I was going out with a girl who went to the local college here in town. She told me about this band that was coming to Crocks from Kingston Ontario called The Tragically Hip and asked if I wanted to go. Sure I said but then Mother Nature on the day of the show dropped a ton of snow and we were in Blizzard conditions. My lady friend didn’t want to go so I rang up Tbone who said he was into checking it out. Off we went to see The Hip’s first appearance in Tbay in front of a crowd of about 20 people that night.     Frank has said that the 3 night stand that weekend in February by The Hip drew about 80 people combined over those nights.  Less than two years later Gord and crew had a major record deal and we’re pretty much set for superstardom in Canada. Things came full circle for Tbone when he caught the final tour in 2016. 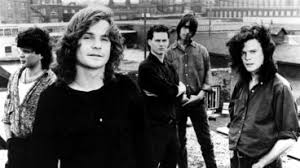 My one memory of the show that we still talk about today is when The Hip played “I’m A Werewolf” singer Gordie Downie was jumping on guitarist Paul Langlois back during the tune.

Good times. Thanks for the shows over the years Frank.