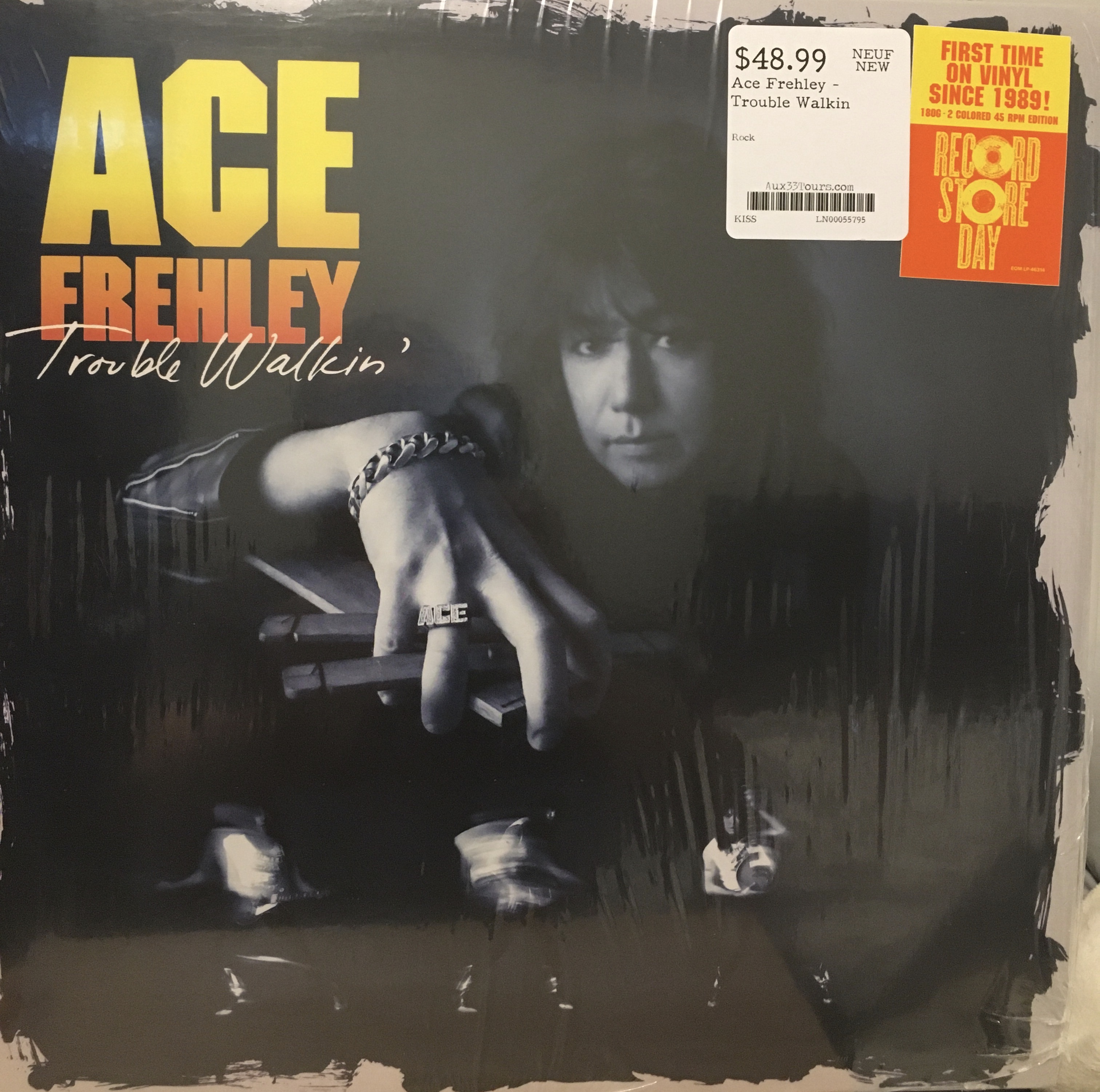 Record Store Day I have never participated in, as here in my hometown our one record store (which is part of a chain which shall go nameless) SUCKS  at doing anything remotely cool with it.

The one time I did go down to that store (2018 I think it was) to check it they had like a lame 4 shelves tucked off to the side for RSD Titles. Not much to look at here folks just keep passing through.

Thanks for coming out!! Not!

The day was not a total waste as I did score 4 used albums at a second-hand shop and got to hang out with my daughter Lexie as well!

So that was a plus!

Fast forward to RSD Septemeber 2020. I didn’t even bother to go down to the mall but a few days before I noticed on Facecrack one of the record stores I follow from Montreal (Aux 33 Tours) that they were doing RSD but the catch was online only. They said if you show up to the store looking for RSD records not happening, all online.

Well, now I thought this was interesting. So at 1pm, all the RSD titles appeared on their website. I figured I came this far to login to the Aux 33 Tours site so what the hell…

My pic was Ace Frehley, with his 1989 release “Trouble Walkin” that in 2020 is the first time it would be issued on vinyl in 31 years!

I had heard good things from the blogging folk about” Trouble Walkin’.” I have never owned this album in any format so I guess it was about time right? 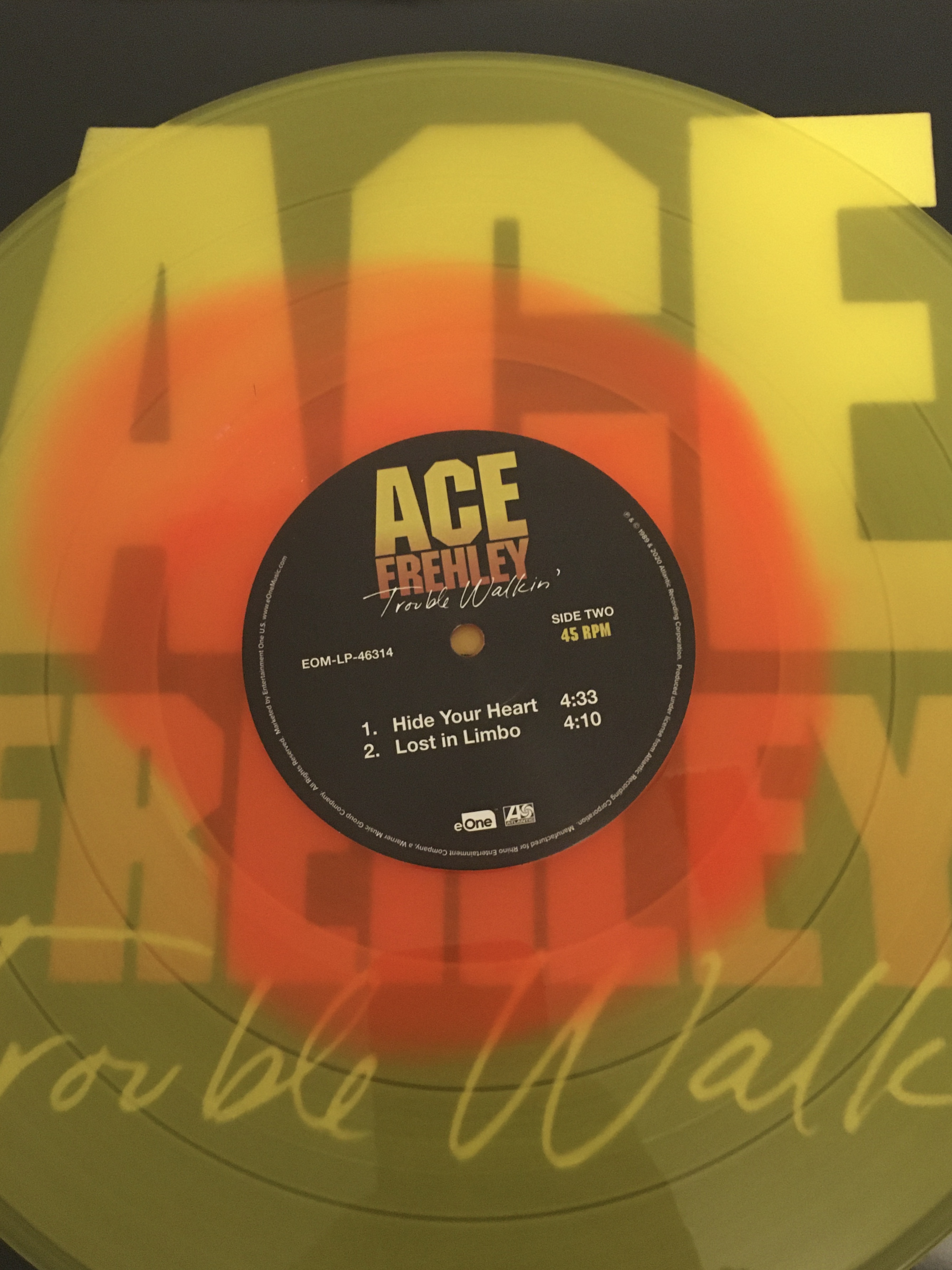 At the time though (89) there was so much music coming out some stuff fell by the wayside. Sure I saw this album in adds and in the stores but I still didn’t bite. My younger brother bought it and I borrowed his tape and listened to once I think.

Maybe I didn’t bite as I liked the Frehley’s Comet name and now it was just under the boss man Ace’s name.  They canned Tod Howarth which I also thought was a goofy move but someone had to take the fall from the poorly received “Second Sighting” from 88. 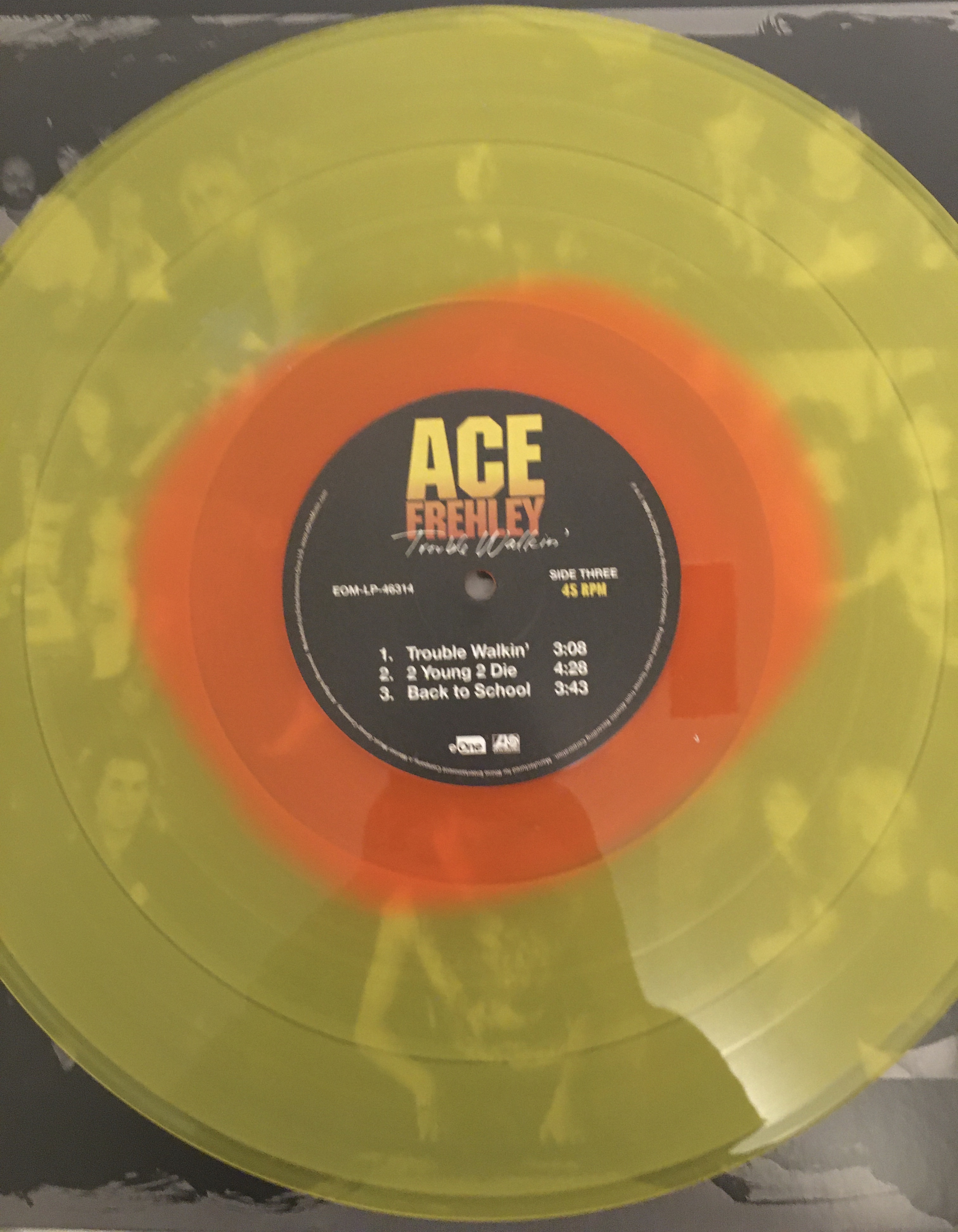 Who knows what really went down with “Second Sighting” but upon spinning this album Ace and his bandmates at the time John Reagan(Bass), Anton Fig (Drums), and Richie Scarlet(Rhythm Guitar and Vocals) tried to get back to that rockier side of the debut “Comet” from 1987.

While Ace himself did not factor as much as he should have on “Second Sighting” he makes up for it here by contributing seven songs all in co-writes with other people.

When Ace decides to kick back and crank it up he can produce some quality rock like the opener “Shot Full of Rock”. “Five Card Stud” is a good ripping tune. The title track “Trouble Walkin'” has a pretty decent pre-chorus leading into the chorus.

Ace’s guitar work is awesome as well which has never been questioned on any KISS or solo album as Frehley has always delivered the goods!

Look who showed up and sang backup on four tracks as well? The one and only Peter Criss!

Skid Row was a big band at the time and they show up singing backgrounds on “Back To School” well Bach does as you can hear him plain as day. 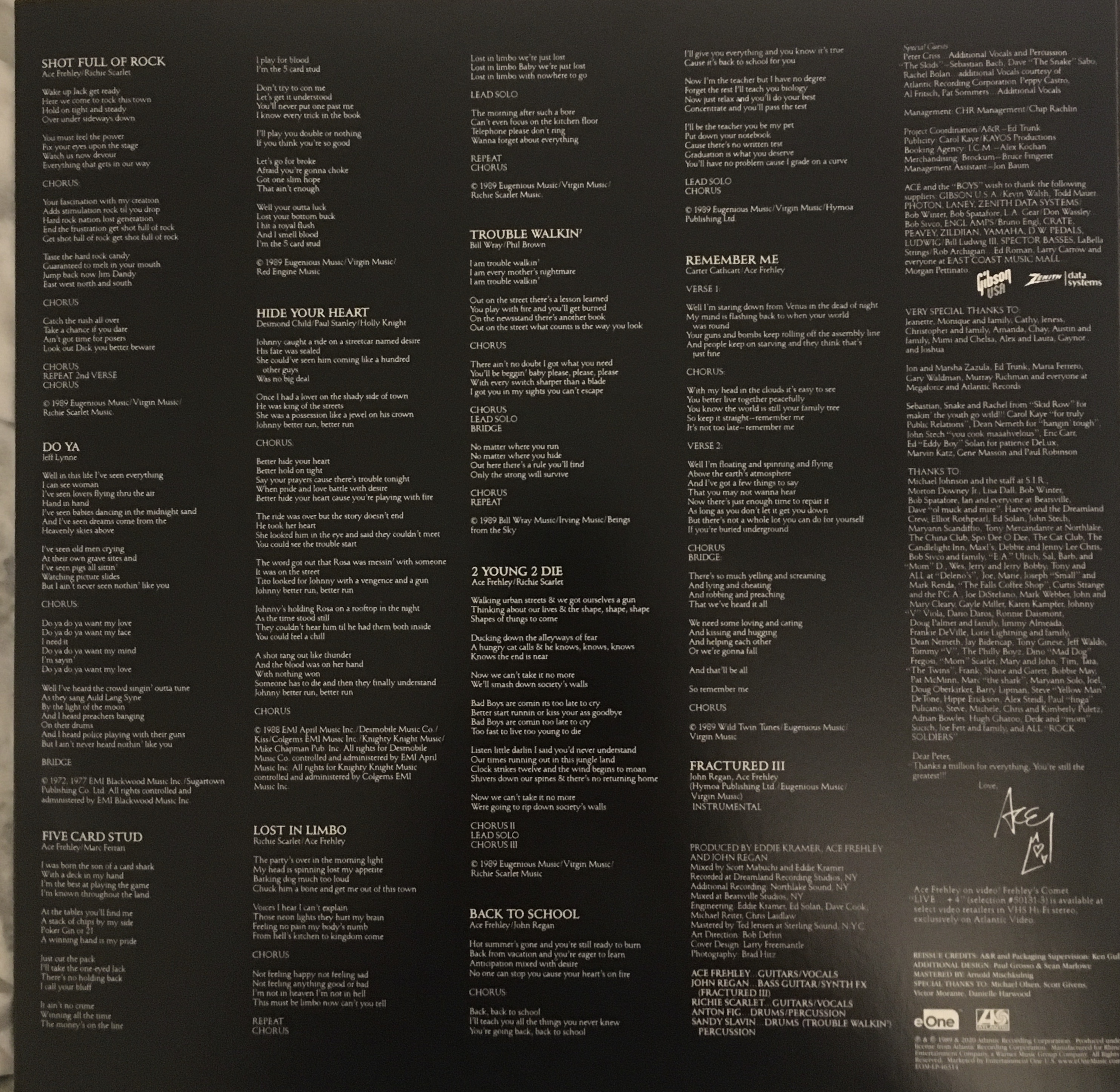 How about another KISS connection and that was that both Ace and KISS had both “Hide Your Heart” on each of there albums from the same year!

Ok better yet how about two bands and two solo acts that released “Hide Your Heart” as a single in 1989!

Molly Hatchet was first out of the gate with the song  followed by Ace who released his version four days before KISS released the album that featured “Hide Your Heart”(Hot In The Shade) followed later in the year by Robin Beck who released it as well.

I guess the story goes that “Hide Your Heart” written by Paul Stanley/Holly Knight and Desmond Child was rejected for the KISS Crazy Nights in 87.

Better yet Bonnie Tyler released it in 1988 as a single.  So if you count that into the equation under a two-year span two bands and three solo artists released this song as a single!

None of the 5 versions set the charts on fire butI’m sure Starchild raked in a bit of cash on “Hide Your Heart”.

Ace always had a knack of taking cover tunes and making them sound like his own (2,000 Man, New York Groove), and as well on this album Ace covers the Jeff Lynne song “Do Ya” which is a great version of the song.

No Ace album could end without an instrumental and Trouble Walkin’ is no different as “Fractured III” tidy’s things up.

Considering up to RSD 2020 I really had no idea about ever getting around to getting this Ace album but I’m glad I did. Sure it was pricey but that’s what RSD is..Pricey! First RSD purchase ever so what the hell!

I like the layout and the spray-painted look of the vinyl and the music is pretty good as Ace was going for the rebound but as the album didn’t even crack the Billboard Top 100 in 89 I guess there was more Trouble Walkin’ for Ace ahead in the early ’90s as well until KISS came calling in 1995!