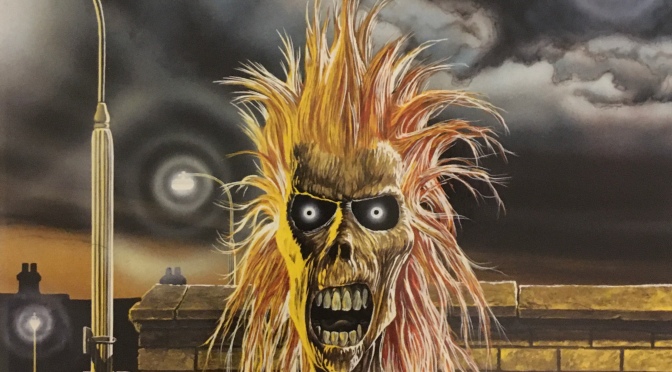 So here we go folks. I finally got around to getting the Iron Maiden debut in the summer of  1982 when my family took a vacation to Winnipeg Manitoba.

So that is why the debut from 1980 is the fourth Maiden review as it was after Killers, Maiden Japan, and The Number of the Beast that made me realize I had to get all the releases as Maiden was becoming my favorite all-around band!

By the summer of 1982, the North American press was picking up on the vibe so Maiden was starting to appear in the magazines.

So as they say now, Maiden was trending in the upward position.

When listening to that debut back then it was apparent that Maiden meant business as “Prowler” (the opening track) proves.  I like the guitar interplay between Dennis Statton and Dave Murray. Clive Burr drives the Maiden bus forward with his drumming while Paul Di’Anno spouts off like the punky metaller he was. “Prowler” is a great track.

The next two tracks I had heard of course those being “Running Free” and “Remember Tomorrow” from the five-song live Maiden Japan EP from late 1981.

The tempos on the studio versions of these two tracks especially “Running Free” are pretty noticeable. Both are great versions. (live and studio) It was neat to hear just how much of a powerhouse Maiden was live in 1980-81 with Paul manning the microphone. 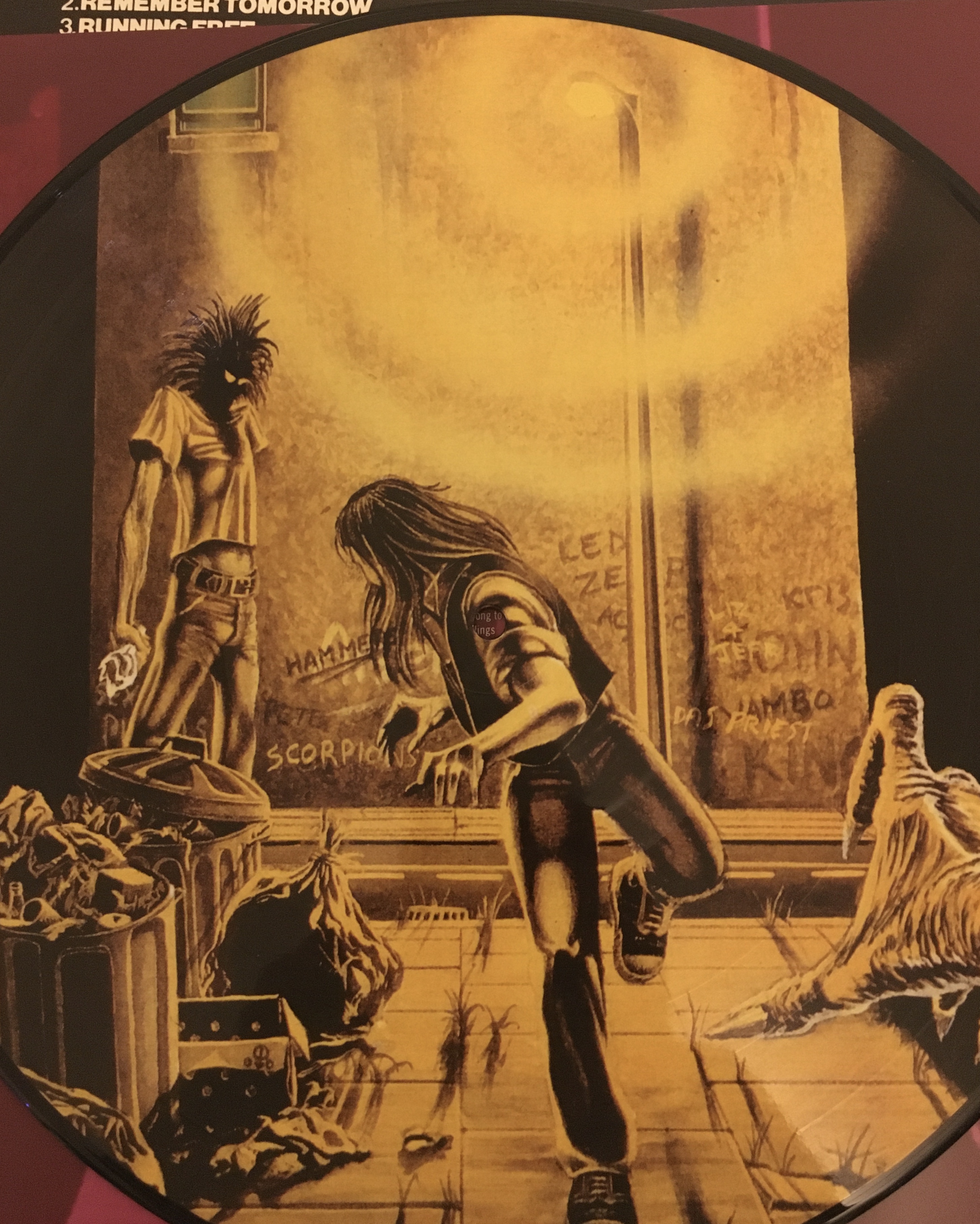 The rest of Iron Maiden was like a whole new album. I had never heard the already mentioned “Prowler”, “Phantom of the Opera”, the instrumental “Transylvania”, “Strange World”, “Charlotte The Harlotte”, and “Iron Maiden”(the song).

The debut stands up on its own merit even today.   A pretty decent record that really was the stepping stone to what would become Killers.

Steve Harris is a force on this album writing five of the eight tracks solo along with two cowrites with Di’Anno. Dave Murray contributed with “Charlotte The Harlot”.

While the Maiden albums that followed sounded heavier I like Will Malone’s stripped-down approach on this record. A go for the jugular kind of vibe.

Even the cover with Eddie drawn by Derek Riggs is starting to become an Icon. Look at the back cover shot for instance. Eddie was becoming the backdrop to the live shows and you can even see the upgrade when you compare this back cover to the Killers back cover.

Come to think of it has there ever been a Maiden T-shirt sold at a show with the actual Iron Maiden guys on it? Hard to say.

Course over the last 40 years these songs at various times have been staples in the set.

Iron Maiden will get all of you!

As the band heads into 1981 there is a change coming in the ranks as Dennis Stratton was giving his marching papers out of Maiden by Rod Smallwood and Steve Harris. Say Hello to Adrian Smith!