I was late to the streaming world (I subscribed just under 2 months ago). Kinda neat to see what my listening habits were in a short time.

I know my pal Pete from Down Under will dig my Number 10 album of the year! 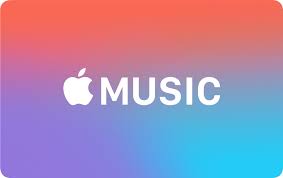 Yup there’s the Logo that we all know especially me! I have basically for the last many years have purchased all my music through Apple. Price is cheap and I liked to preorder as the music was there waiting for me to Download to my iPod every Friday morning when  new music is released!

A few weeks back my daughter Lauren told me that she subscribed to Apple Music which when you accept the agreement it’s the first 3 months free and after that you can as a student pay $4.99 a month for music. For an Ol Buzzard like myself it’s $9.99 a month or you can get the family plan which is $14.99 a month which up to 6 people can use. (Canadian Prices by the way)

I knew Apple Music as Stick It In Your Reader Robbo has it. One day he showed me that Apple lets you download all artists on the Music side of things. Plus they do their own Playlists that are tailor-made to your favourite genres. Kinda Cool! 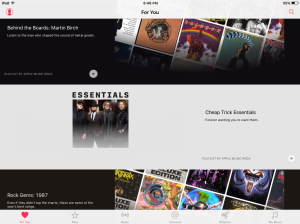 I asked Lauren as she doesn’t  have a data plan associated with her cell phone that if  she leaves the house without wi-fi would her Music stop playing?

Lauren’s answer was “No!” Too which I replied with a “Whut?” She than told me she just downloads all her music at home and once its in her Library she can go anywhere and play her Music.

I was sold….I had to actually confirm this once again  this with her as it was too good to be true but it is…..

So I hoped aboard the Apple Music Bus and joined. Basically for me it boils down to this.

I usually spend about $30 a month on iTunes purchases….

Let’s do the Math…(This  stuff is for you Geoff)

So basically I’m saving $260 this year by doing it the Apple Way. Now of course If i cancel Apple takes all their music back except for my bought stuff of course…

So for this year I’m going to try it this way and see how it goes. It is kinda cool as I will be reviewing a few albums that I wouldn’t pay a full-out price for even on iTunes so this will be kinda cool….