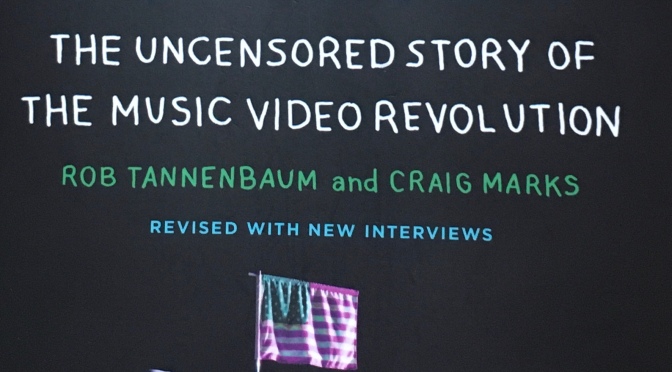 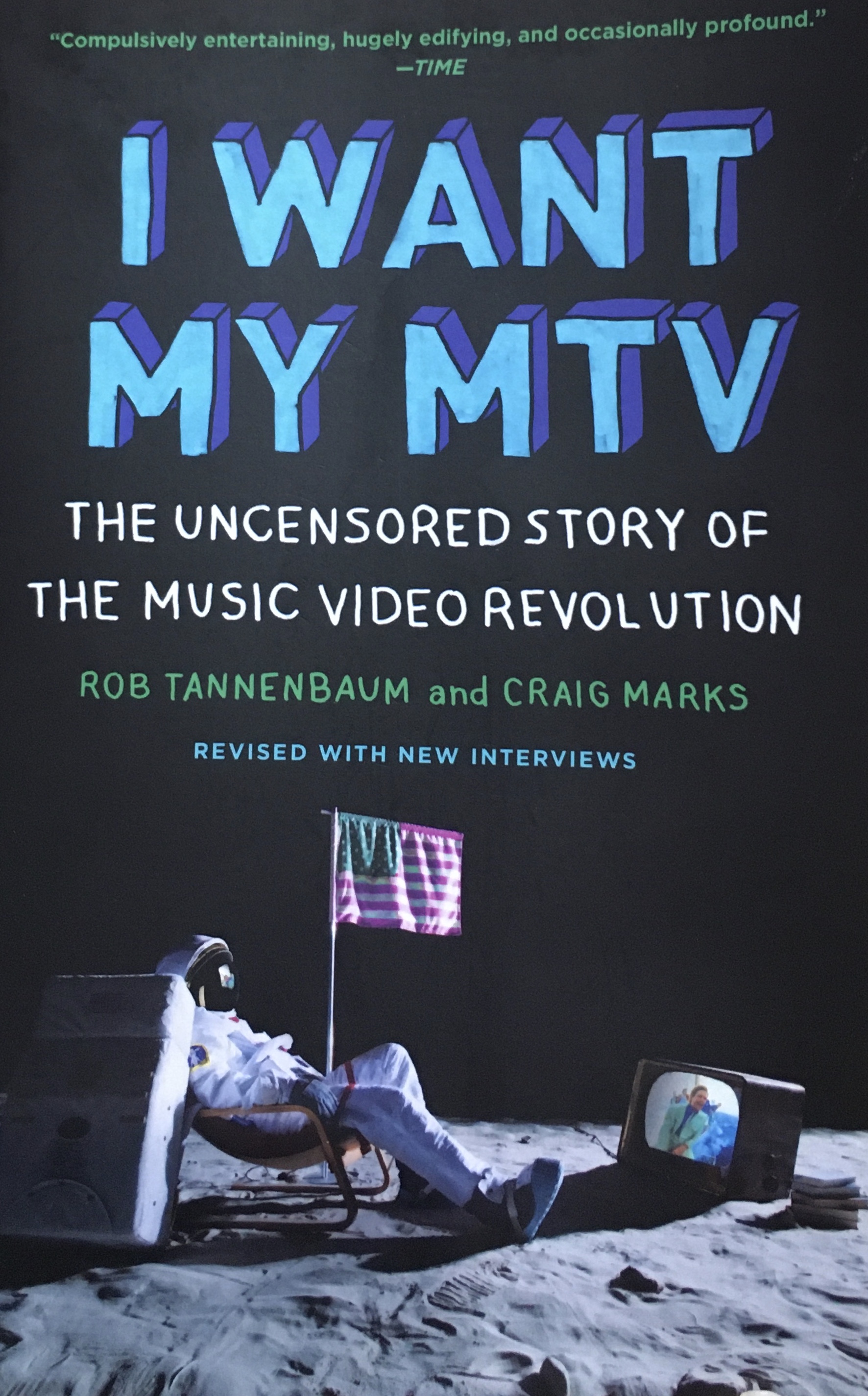 Growing up in Canada we didn’t get MTV in the ’80s. (What we got was our own video station called MuchMusic). MTV was a big business when I was in high school as they played way more hard rock videos than what MM offered here in Canada.

A guy in high school had a huge satellite dish in the mid-80s and various times during the year we would go over to his place to watch the debut showing of the latest Van Halen or Def Leppard videos. I still recall watching “KISS- Animalize Live and Uncensored” at his place the very first time MTV showed it. (early 1985) We were blown away as Canada’s MuchMusic even though it was good would not show that kind of stuff.

I Want My MTV is put brilliantly together by Craig Marks and Rob Tannenbaum who did over 400 interviews with directors, executives, producers, artists, VJs, and anyone else associated with the industry of MTV from its beginnings in ‘81 to the end of the music video era in ’92.

The pic below sums it up perfectly… 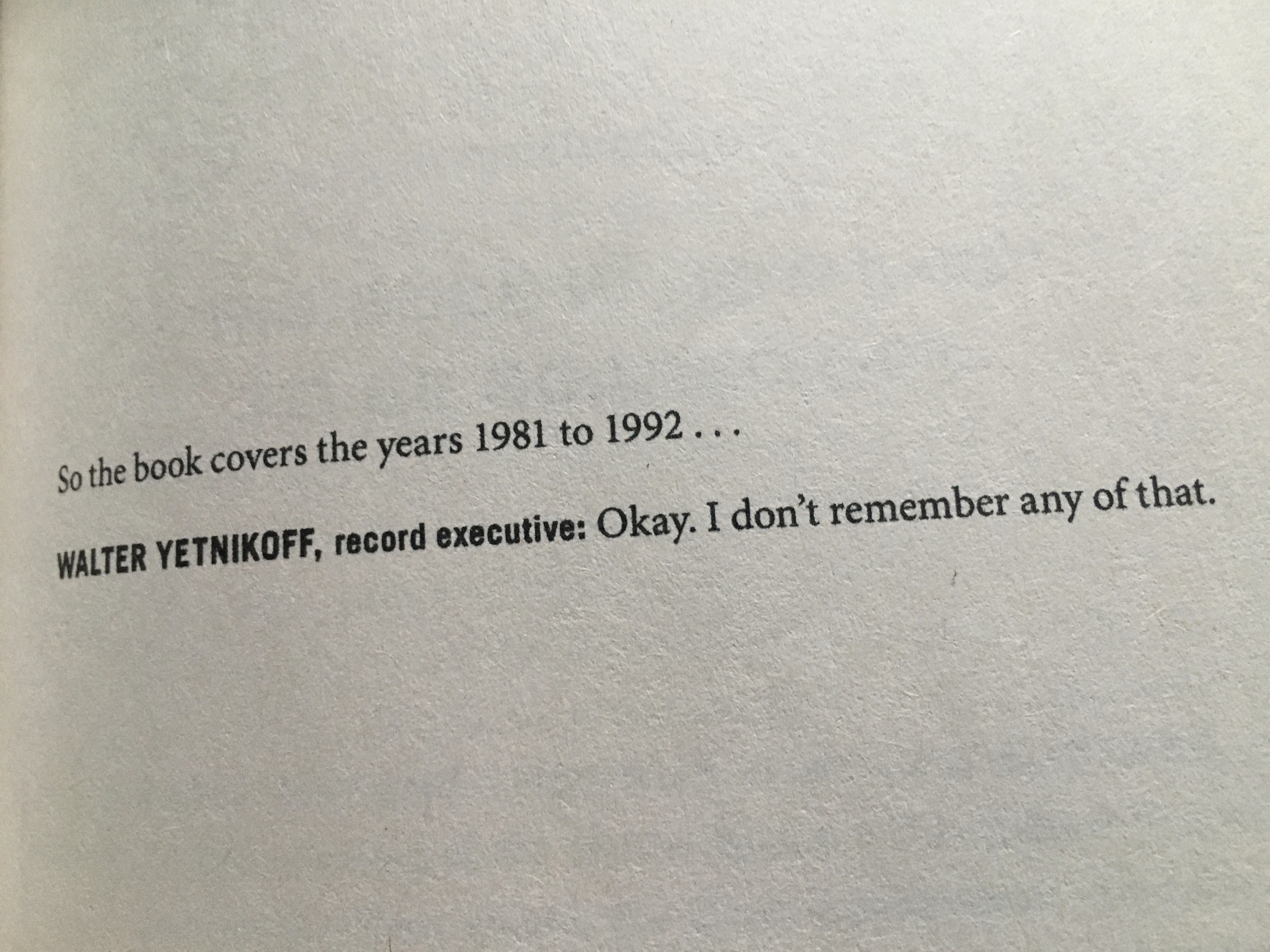 Crazy to think that MTV when it began its run on Cable TV and even though it was based in New York. None of the NY cable companies would touch it.

It was places like Tulsa Oklahoma and secondary markets that broke MTV, not the big U.S cities where all the main cable providers said that MTV would be done in a year. 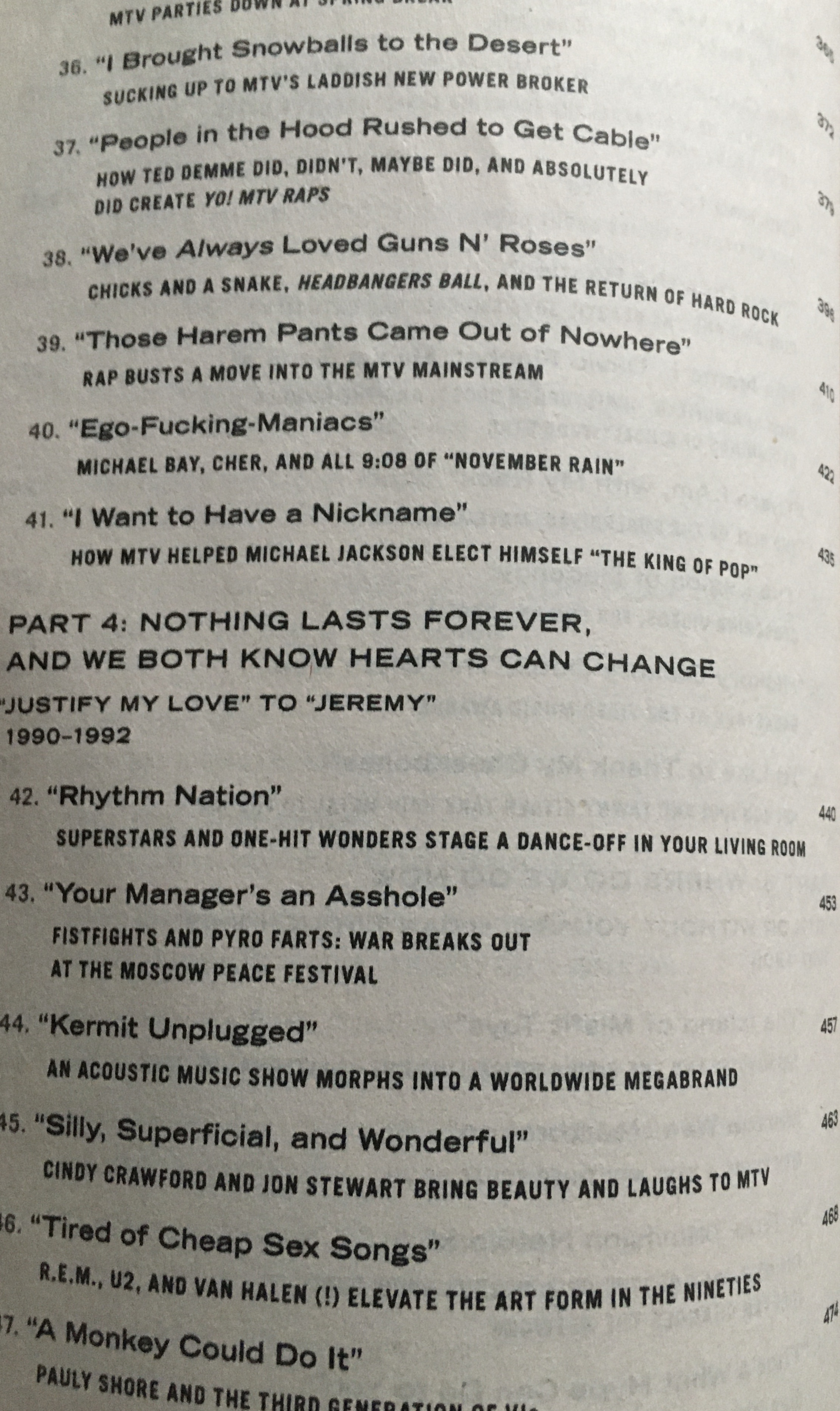 Tons of great Chapters(see the picture above, how can that not get you psyched out) as one chapter focuses on David Bowie calling out VJ Mark Goodman out on why MTV for not playing Black Artists in 1983. Check it out below. Bowie tunes Goodman up.

Michael Jackson basically changed that with the release of Thriller and Beat It. MTV took the stance of playing only ‘Rock’ videos so they said Jackson wasn’t rock until all of sudden Eddie Van Halen plays the solo on “Beat It” and MTV  basically says ‘Yep that’s Rock so add it to the rotation” Plus the time when umm, well read the excerpt below! 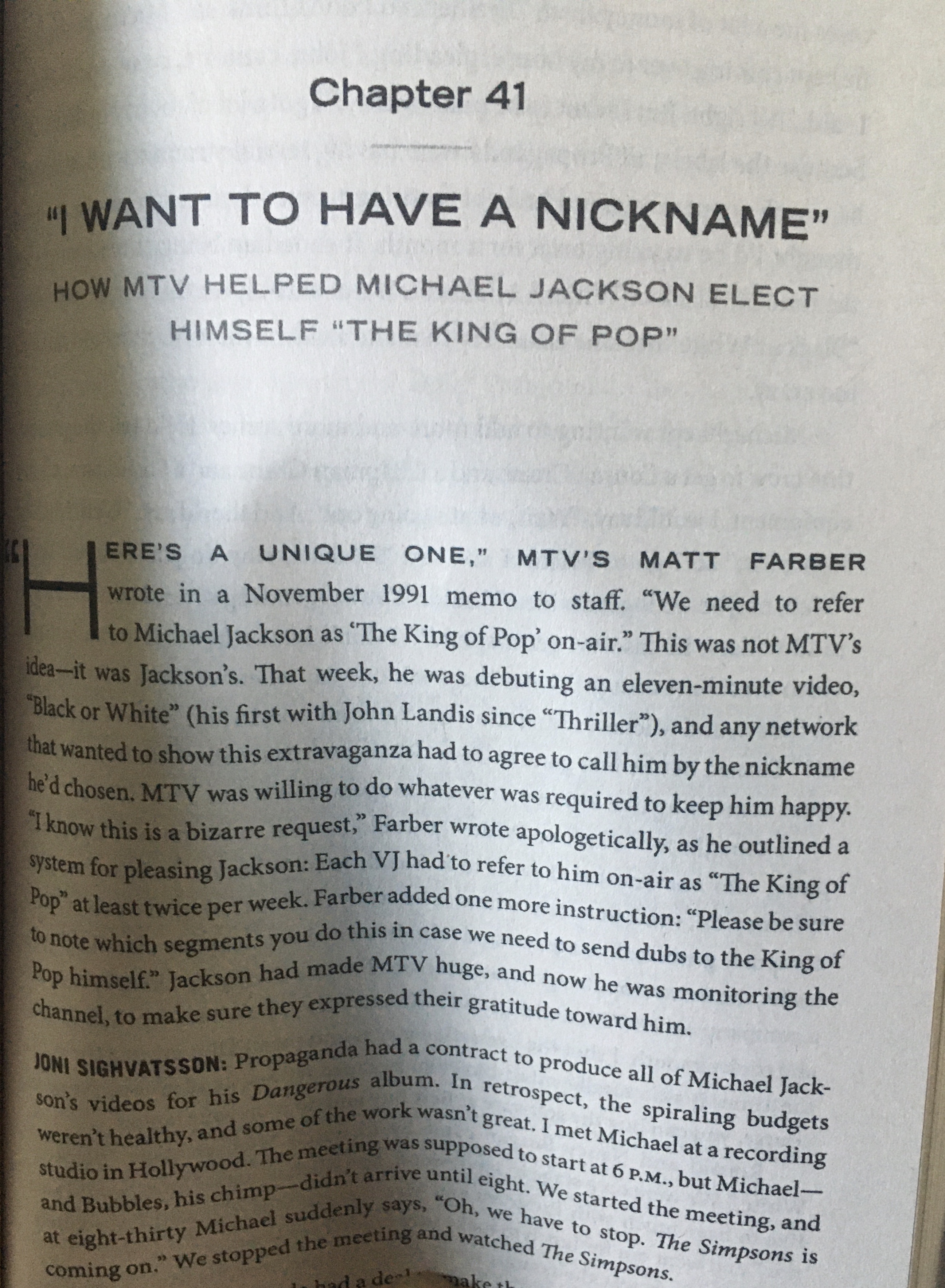 Rap had the same problem as well getting onto MTV than came the Run- DMC and “Walk This Way” by Aerosmith mashup broke down those barriers.

DMC tells the cool story of how they had Aerosmith’s “Toys in The Attic” in a crate with other records as they dug that drum intro which goes into the guitar riff.

DMC says that when they would talk about the song they would only know it by “Toys In The Attic”-Track 4 which was “Walk This  Way”.

A contestant who won a Lost Weekend in Detroit with Van Halen was just that! 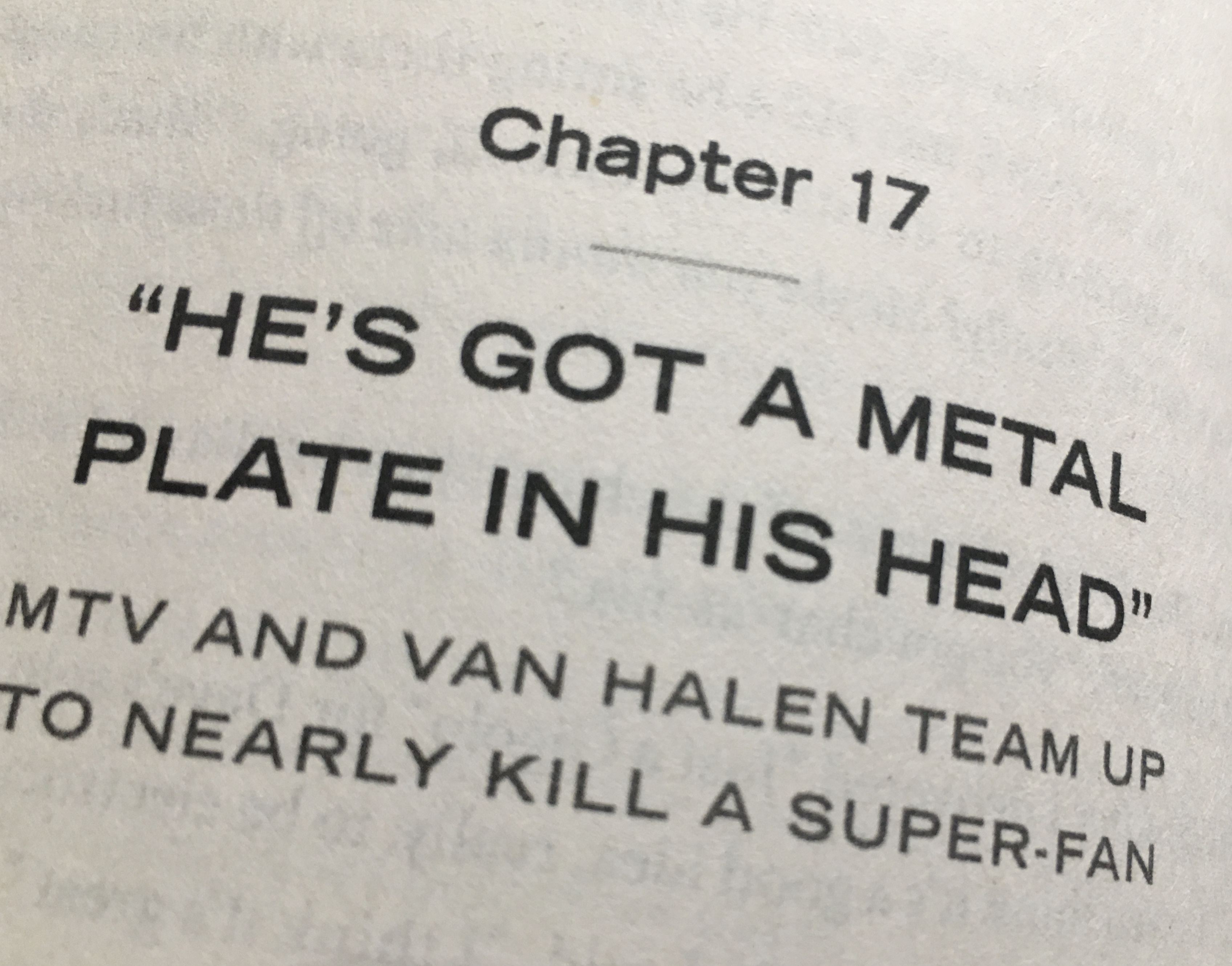 Any guesses on what video Chapter 21 is about? 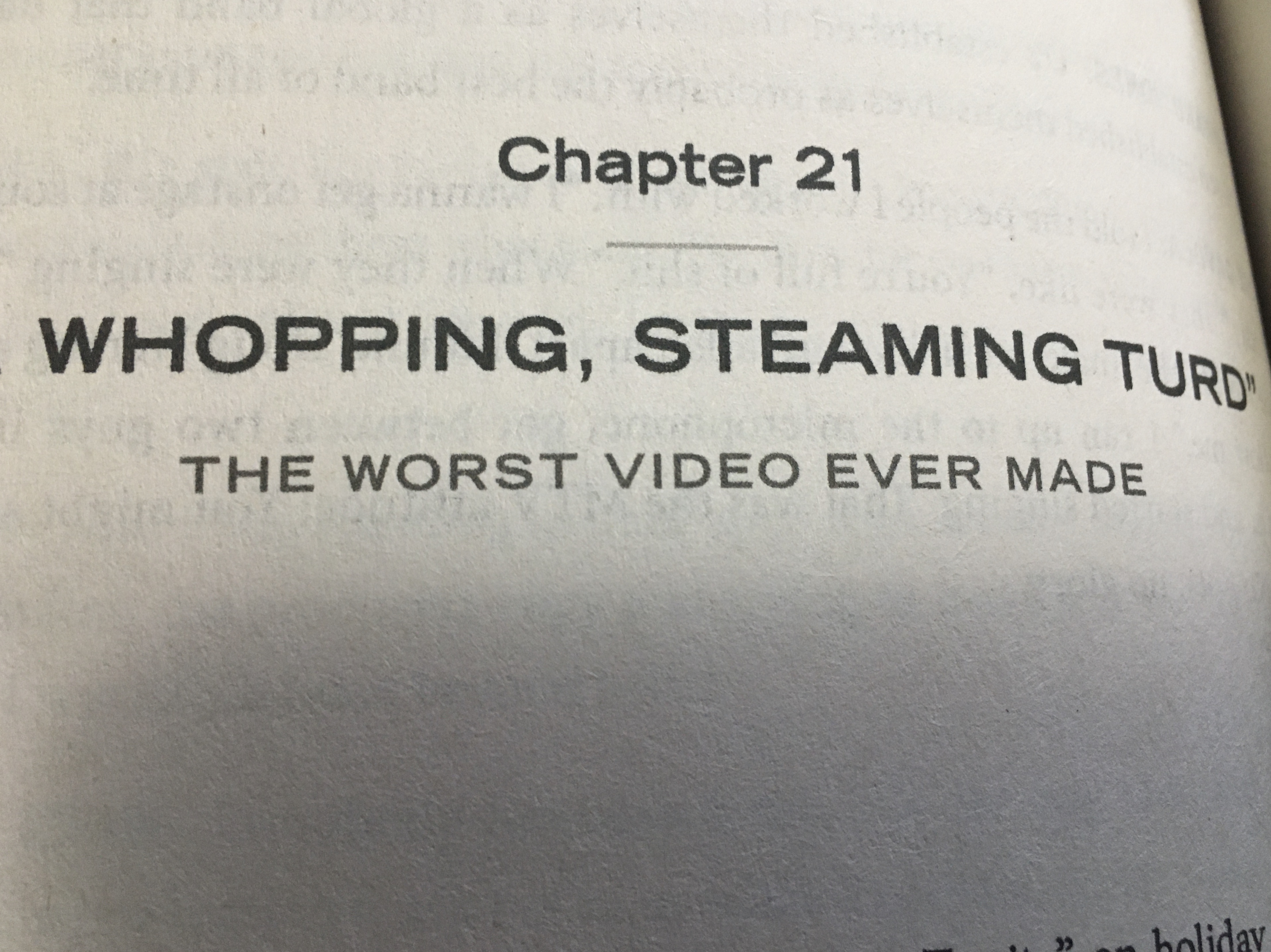 This is such a great read as it goes year by year. The MTV Awards became a yearly staple at MTV.  Funny how to read stories about how Madonna basically stole the performance that year (1984) and made her a household name.

You can read about how MTV execs convinced Mick Jagger to say “I want my MTV” for $1. Or that the car on the cover of a ZZ Top album cost $250,000, so they put it in their videos to get the tax deduction! How video directors would all bid for the same jobs and at times it would get ugly between them. Better yet how about when Guns N Roses were the biggest band in the late to early ’90s. Axl had one of his friends hired at MTV to host Headbangers Ball. As Axl told his pal (Riki Rachtman) “You want the job at MTV? I’ll make the call!”

Just read below as it pretty much sums up an 80s boardroom meeting at MTV! 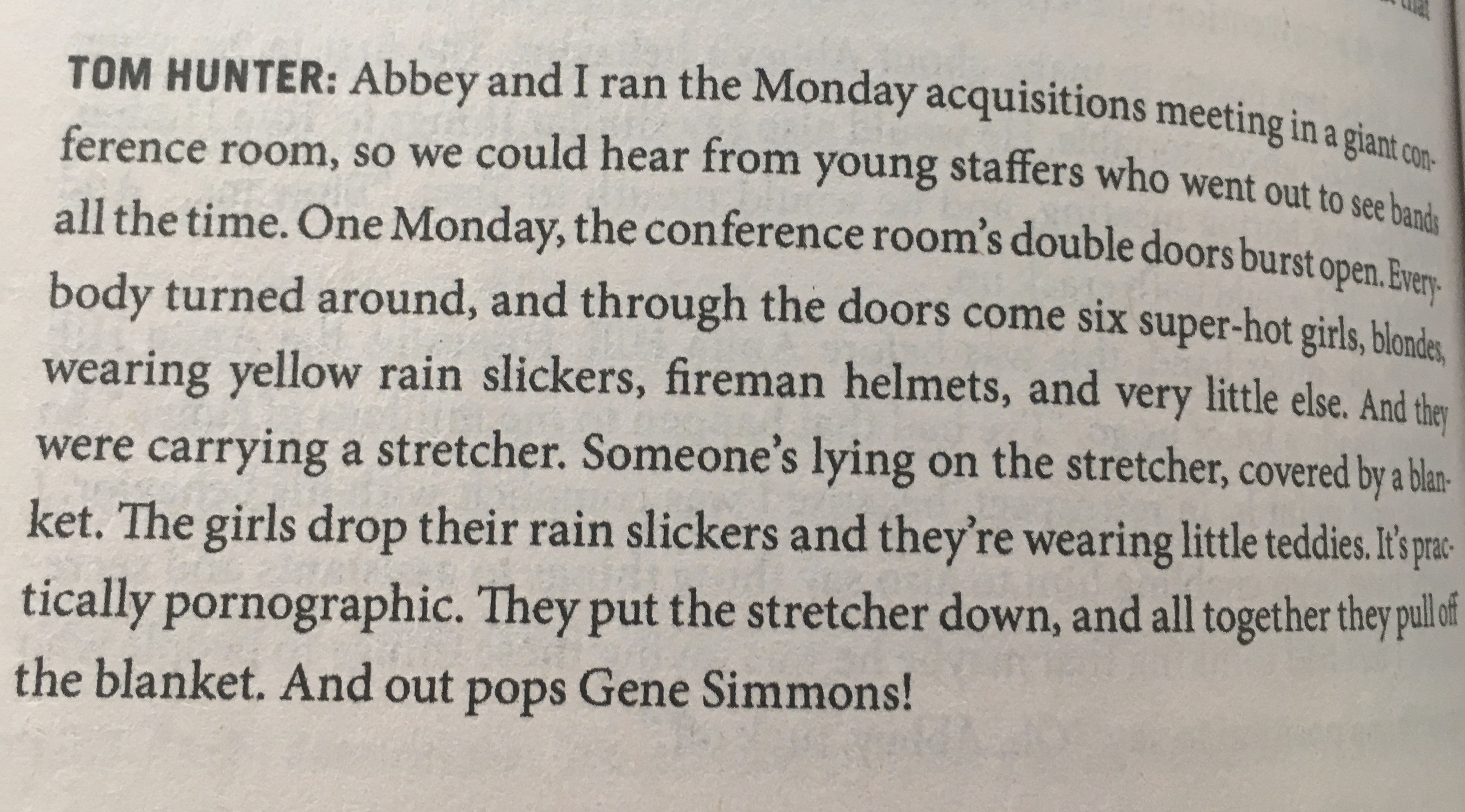 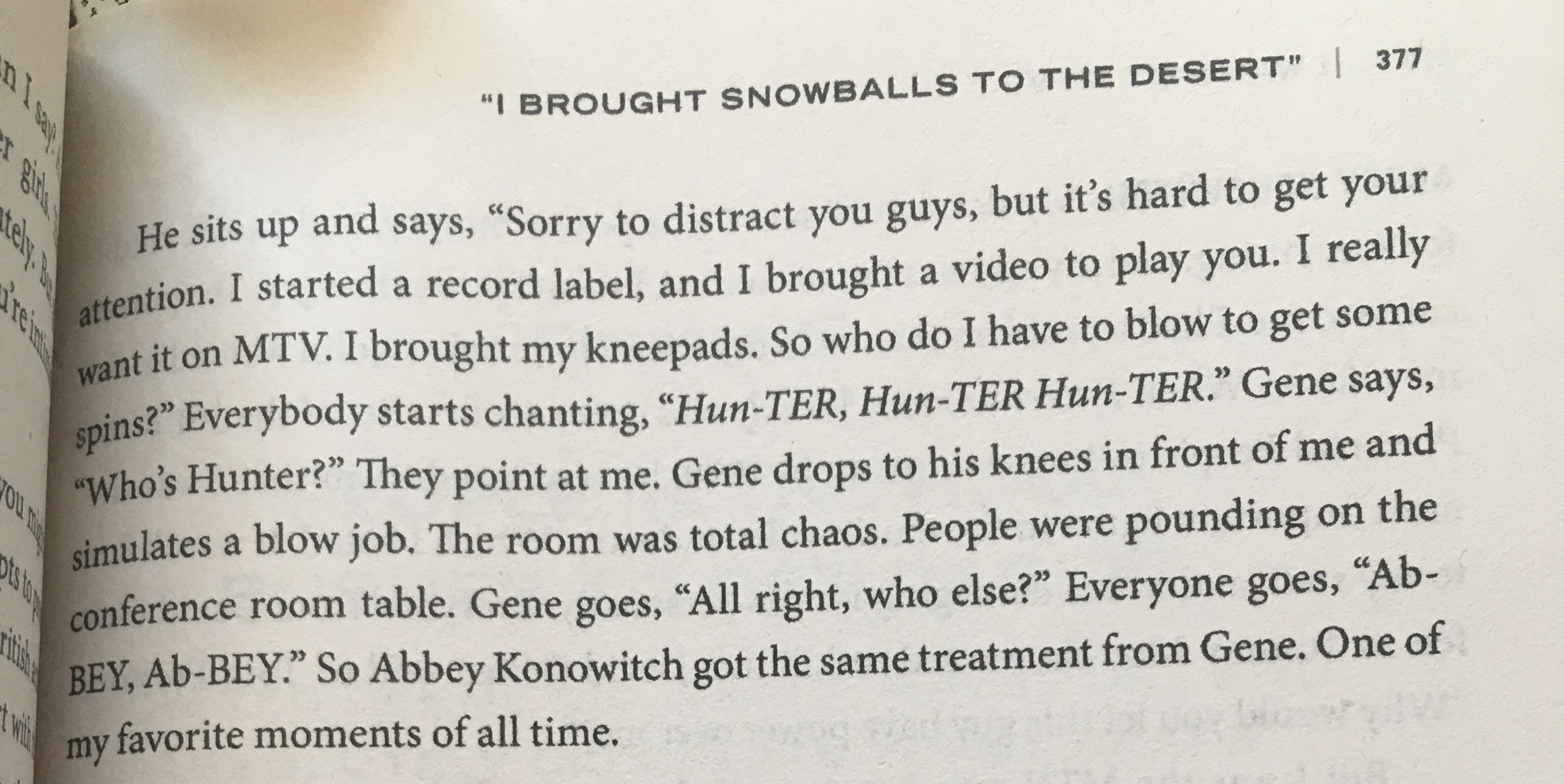 Sorry for the shotty pics folks it’s the best I could do!

This book is full of stories about rockstars, dwarves, models, and drugs. How MTV almost did not make it into a second season or for that matter the second-ever video as after The Buggles Video Killed The Radio Star Was Played the screen went black.(in case your wondering Pat Benetars You Better Run was the second video played) The perseverance of the original creators of MTV (Bob Pittman, John Sykes-not the Whitesnake fella, and John Lack) was very instrumental in getting MTV into all the homes in the U.S.A. 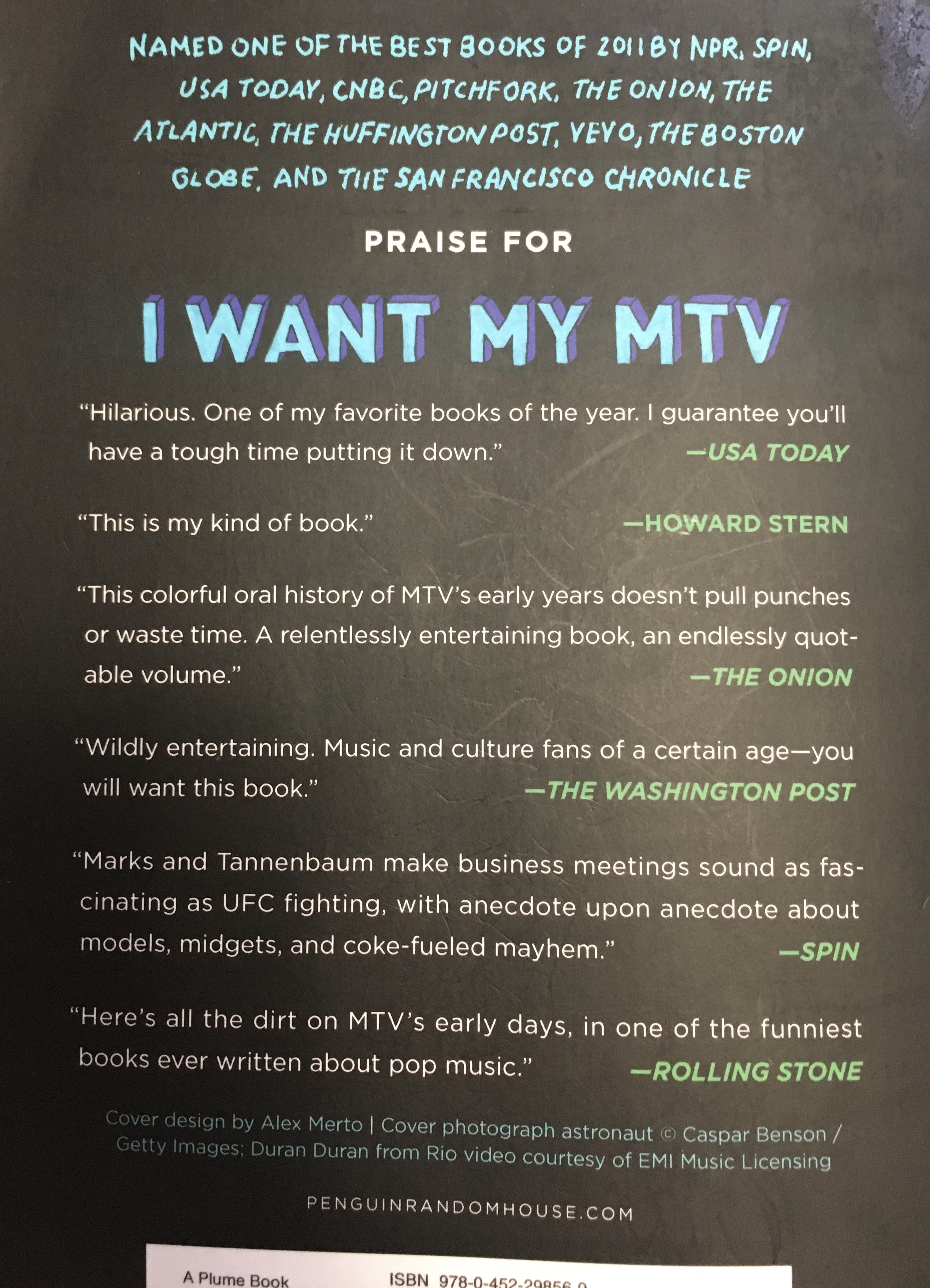