Super duper producer Bob Rock back in’92 released a pretty decent album that he called “Rockhead”.

While Bob was busy producing at the time bands like Bon Jovi, Motley Crue and Metallica, in his downtime he put together a band and viola out came the debut album which ironically was its farewell.

Which is  shame as this record or should I say CD (as that’s what I own it on) is really actually quite good.

13 songs make up this disc and of course Bob brought in some friends to help on some tracks as there are cowrites with Jon Bon Jovi and Richie Sambora ( “House of Cards”) as well as Billy Duffy (“Hell’s Back Door”).

The first four songs that make up Rockhead are stellar tracks that still hold up today.  “Bed of Roses”, “Chelsea Rose”, “Heartland” and “Love Hunter” are such strong tracks that kick the album into a solid gear. 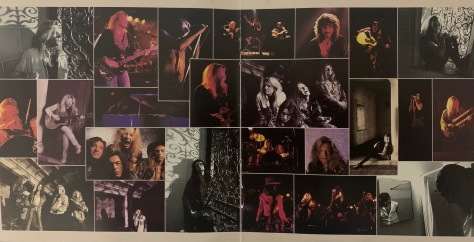 “Heartland” especially is such a great track. I have always been a sucker for those tunes that start off slow and build and build and then soar once the chorus hits. Steve Jacks has a great voice almost Ian Astbury like in moments. Check out Bob’s solo on the song! What a great friggin rip on the guitar so good that I posted the video below.

But in the music business it’s all about timing and Rockhead unfortunately didn’t have a snowballs chance in hell in selling records in the music climate of 1992 and as I mentioned earlier that this is a one and done album.

Rockhead toured Europe opening for Bon Jovi* but from what I understand Bob realized that record producing was where it was at for him.

A shame really but maybe if this album had dropped say back in’88 and not in ’92 things may have worked out differently.

*- I listened to a podcast with Rock the featured guest and he mentioned that he has about 10 songs cowritten with Richie Sambora which should be coming out at some point.  Yes Bob is producing the record and playing it on as well…