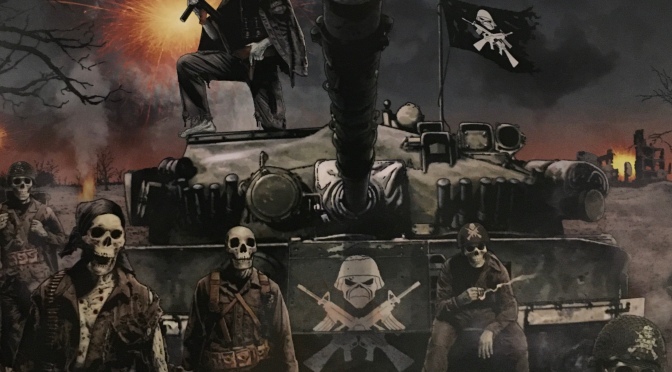 When “A Matter of Life and Death” came out in 2006 it was easily a first day buy.

Why wouldn’t it be as  Bruce Dickinson returned 7 years earlier back in 1999 to regain his throne as the lead vocalist in Iron Maiden. In return, Maiden started to deliver some stellar studio albums.

“Brave New World” in 2000 followed by “Dance of Death” in 2003 let everyone know that Maiden was back. They were not going to rest on their previous success (pick any studio from the 80s).

“A Matter of Life and Death” was released August 8th, 2006 and as you can tell by the cover ‘War’ is going to be somewhat the theme on this album.

With Maiden, you know what you are getting. 10 songs clocking in at just over 71 minutes. You know with Steve Harris and company there are no cutting corners!

“Different World” the first track sets the pace and as any Maiden fan knows Maiden starts off their albums with rockers. Written by Harris and Adrian Smith Different World has that great catchy chorus and a phenomenal guitar solo by Smith that you would expect when you see Adrian’s name attached to any song he has written in the confines of this band.

The rest of the album has a ton of tempo changes. Prog Maiden to Galloping Maiden to Acoustic Maiden back to Prog back to Galloping. “These Colors Don’t Run” builds up then kicks off into another gear and then ramps down. What Maiden album would be without a round of ‘Ooooh, Ooooh, Ooooh’ during the chorus. Bruce Dickinson you know is going to make every last person in that arena stand up and join in on the fun!

Speaking of Dickinson Bruce really gives it his all (well he always does) on “Brighter Than A Thousand Suns”. I have to say that this song is one of my favs as there is a killer riff throughout and Bruce goes from all-out metal mode to chill out with a snap of the fingers. At 8 minutes long this song is so well written (take a bow Smith-Harris- Dickinson) and performed that it’s hard to believe that 8 minutes of time has passed!

Janick Gers gets into the swing of things in a co-write with Harris on “The Pilgrim” which has the slow beginning and then everything starts boogying at a clip. Speaking of Gers I love his loosey-goosey style of guitaring in Maiden as Dave Murray and Adrian are more on the technical side of the fence. It all gels together.

“The Longest Day” has that galloping Maiden vibe as Harris and his four-string start as Nicko McBrain sets the table with his drumming as the others follow Nick’s lead on it. More twist n turns on this tune. That’s the great thing about this album. It has many tempo changes you don’t know what’s coming up around the bend! If you don’t believe me check out the 5-minute mark as the guitars will slam your noggin against the wall!

Bruce and Steve team up and deliver “Out of the Shadows” which could have slotted in nicely on 92’s Fear of the Dark album as Out of the Shadows has that “Wasting Love” vibe about it. Not a ballad per se but Maiden taking the foot off the gas pedal shall we say!

Being a Maiden fan since the summer of 1981 one of my favorite things about them is that they do it there way (just as RUSH did) as when it comes to singles.  How about a 7-minute 21-second track called “The Reincarnation of Benjamin Breeg”. Being a single(ha) I have to add this another standout track composed by Harris and Dave Murray. Once the song lifts off after the moody intro all bets are off as the song is so brilliant during the chorus as Bruce takes over while there are moveable musical tempo changes under his voice which is the selling point! Blown away by this track. Simply put on the best! 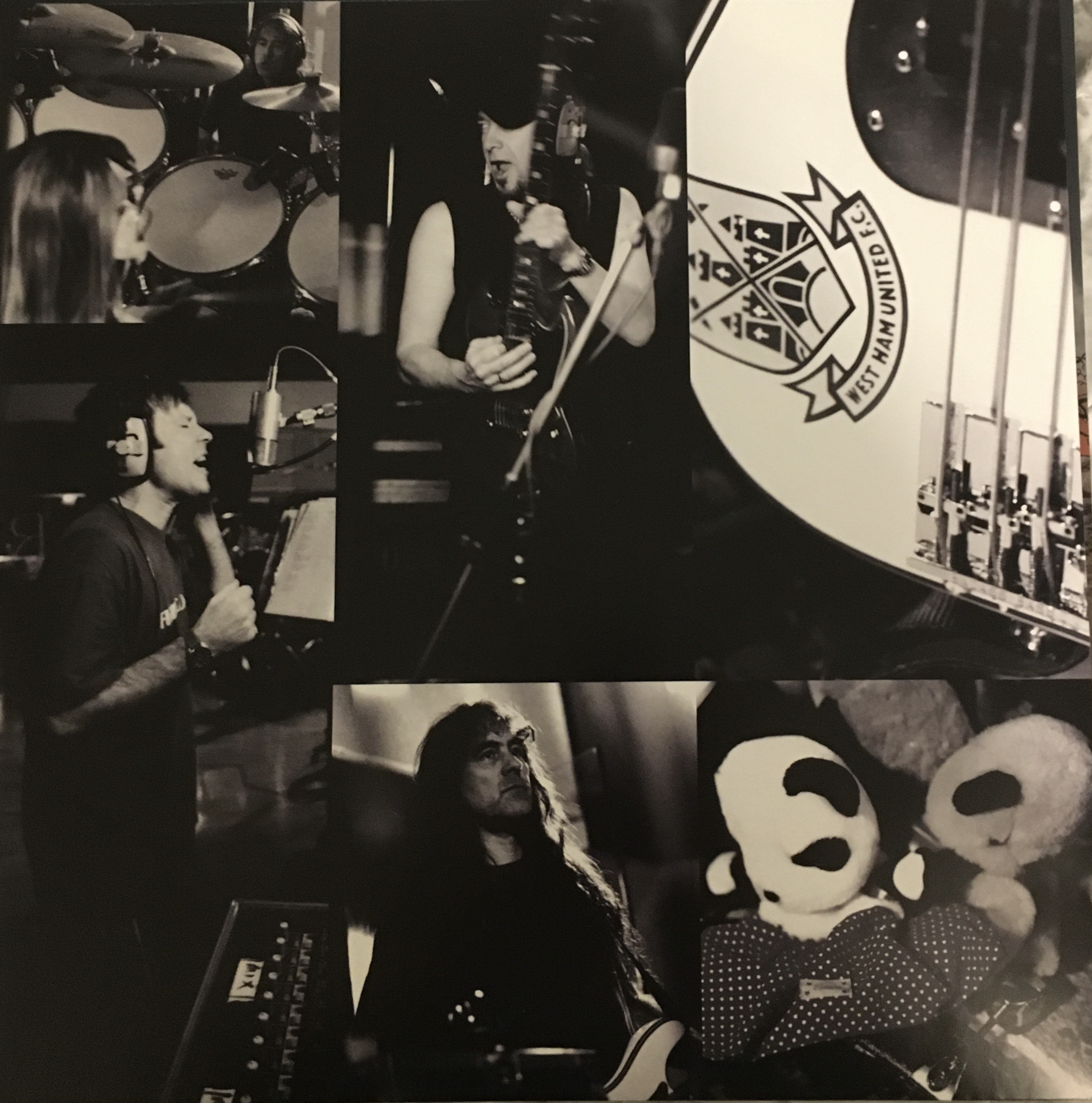 When I caught “The Legacy of the Beast Tour” last year, Harris and company played “For The Greater Good of God” which was a surprise addition as with a catalog as deep as Maidens it was nice to see them polish this one up and play it live for the first time since 2006! Tempo changes, Drums, galloping Bass, lots of Guitar magic. It’s all delivered in this song. All 9 plus minutes!

“Lord of Light” begins chill and then explodes into the fireball frenzy that we expect from Maiden. Lord of Light is the third song on this record to feature the writing talents of Smith-Harris- Dickinson. When these three put their talents together on songs watch out!

Ending the album is “The Legacy” written by both Gers and Harris and if anything it’s like a mash-up of Zep and Maiden as there is that slowly but surely build-up which takes the listener on a journey for an album closer which clocks in as the longest song on the album at 9 minutes 23 seconds. 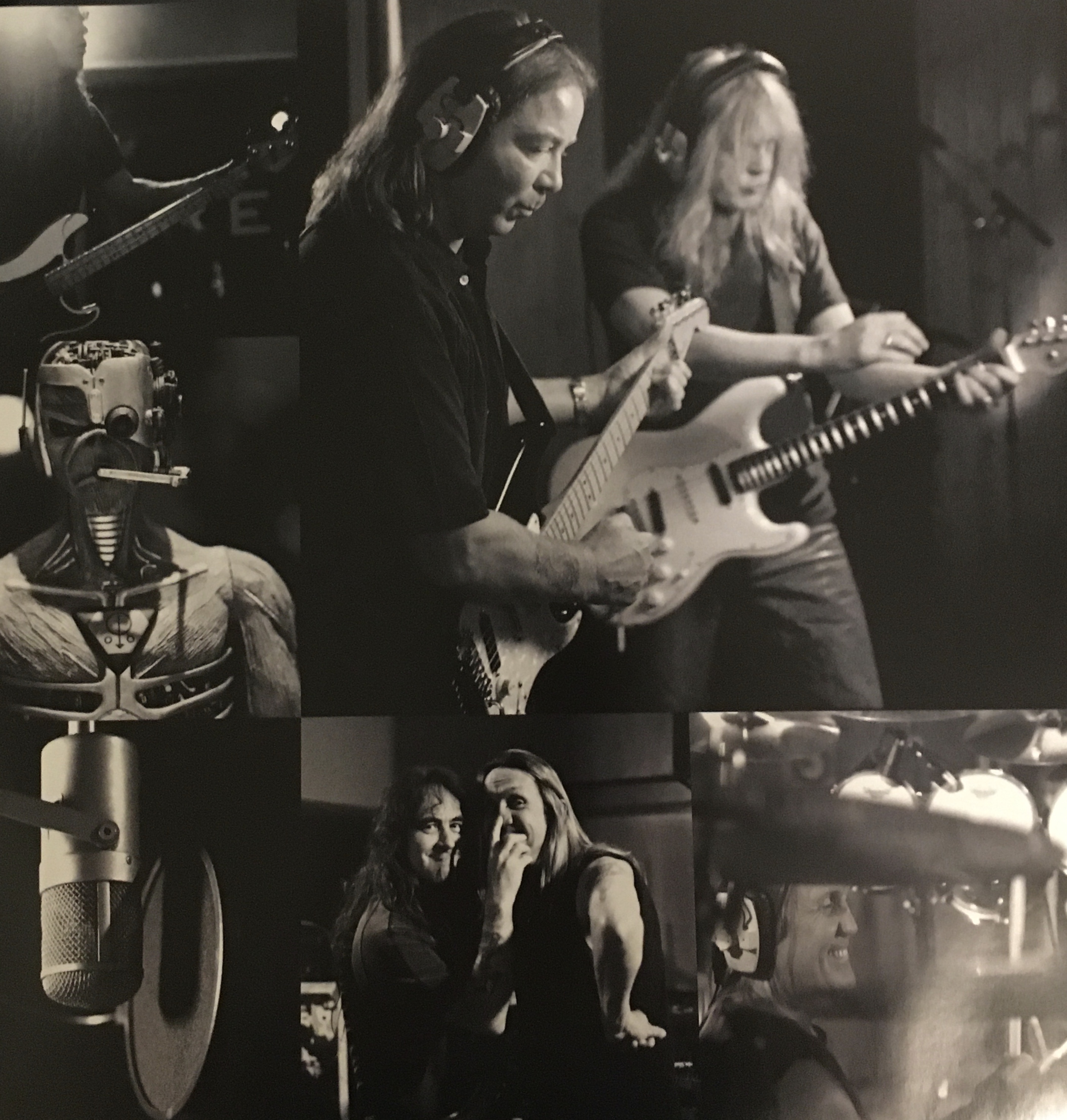 I have to thank Mikey Ladano who put the bug back in my ear about this album a few weeks back. We were talking Maiden and I said that  2015’s “Book of Souls” was the best record they have done since Bruce returned in 2000. Mikey came back with A Matter of Life And Death and in saying that stopped me in my tracks.

It got me thinking. Is Mikey onto something? An under the radar album from Maiden. I listened to it that day after our conversation on my iPod and by golly, Mikey makes a strong case.

So strong that I ordered it from Amazon on vinyl! The pictures you see here are from the vinyl version. Double Vinyl. Gatefold Sleeve. A thing of beauty. Maiden albums give you your money’s worth on how a reissue should be done! 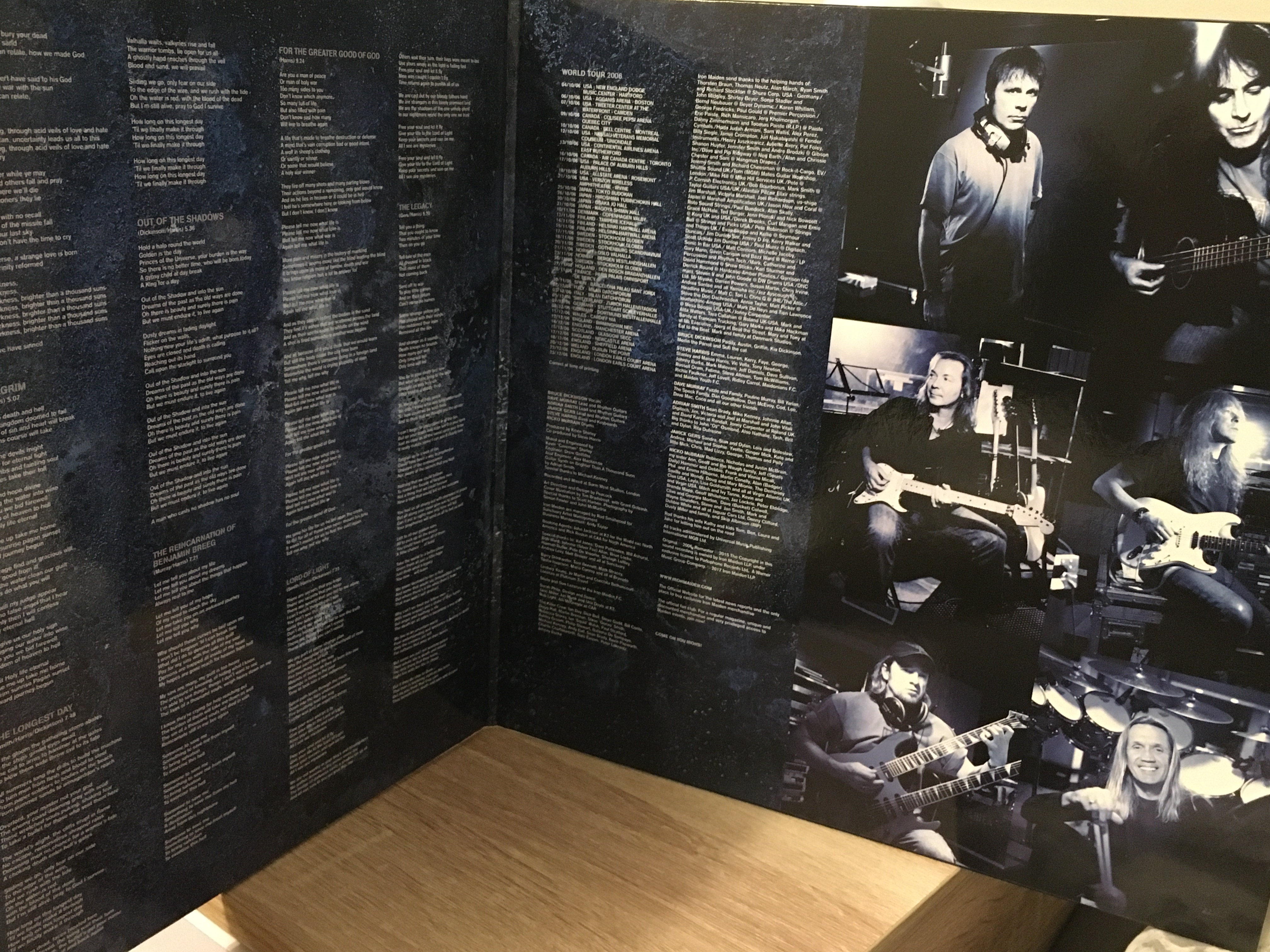 I’m thinking this may be my fav studio Maiden album since Bruce’s return 21 years ago.