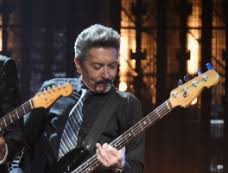 So back in December 2017 I blogged about Alec John Such on whether he was going to show up to the recently announced at the time Rock N Roll Hall of Fame Induction.

I basically wrote how about Alec got the shaft from his employer (we all know who that is) and I wanted to shed a bit of light that Bon Jovi is not the same band  now  as it was back than!

Hey,I’m not the only one with the line of thinking. The law firm of HMO/Ladano and Associates agree with me as well!

Course Alec disappeared from sight but give the Man credit as he did indeed show up to the Hall induction which was good on him!

So much to my amazement a few weeks back a comment  for moderation came into my inbox and it was from Alec John Such.

Was it him actually checking out my post? Or is it just some smart ass messing around? Perhaps and kudos to ya…

I forwarded it to Mike and we figured out some stuff that maybe it was Mr Such! Not going to tell ya’s how we did our detective work but we put it at 90% that it was him!

So Alec if you come across my site again. How about giving me and my  readers out here in Blogsville The Interview? Hell I won’t even go down Jovi Avenue. Just more of where have of ya been and a welcome back!

Below is the the thread from my original post…